While Bloom in the Park may have been the big event of weekend, in truth it was a different kind of bloom that turned my head this week: that eagerly anticipated first potato blossom of the season.

Of the ten or so varieties of spud that are currently bursting forth from assorted bags in my backyard, it is the Epicures – a first early variety popularly grown in Ayrshire in Scotland – that are way ahead on the flowering front. And that, my friends, means that (yay!) it won’t be long before I get to sample the new potatoes underneath. 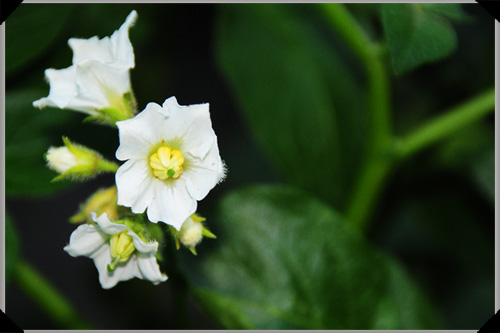 First of the year, my epicure spuds in bloom

Meanwhile, distracted though I may have been by my potato flowers, I did, of course, go along to see what this year’s Bloom in the Park had to offer.

As an event, it’s getting bigger and better every year, and gloriously sunny weather is never any harm for a festival which has show gardens as its centrepiece. It was lovely to see a dedicated food village this time ’round, which brought together the artisan food market, craft beers and whiskeys, best in season area, chef’s theatre and displays promoting some of the best of our locally grown and produced foods.

There was one stand in particular which caught my attention, though, and that was the one sporting the title potato.ie. The name suggested an Irish-based and potato-centric website address – a bit like my own, really – so how come I had not heard of it before? 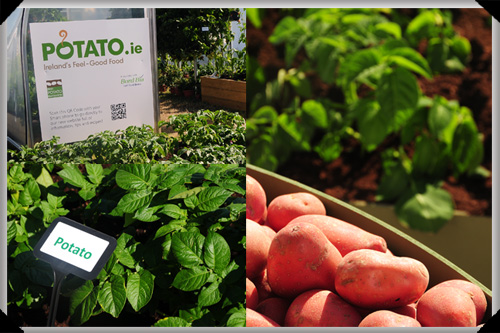 A chat with Liam Glennon who was manning the stand quickly cleared things up: I hadn’t heard of the site mainly because it wasn’t live until today. It’s a new, dedicated promotional website for the potato in Ireland, a joint initiative by Bord Bia and the Irish Potato Federation. They want to remind people of just what a tasty, nutritious and economical package the potato can be, and you won’t find me arguing with that.

Suffice to say I shall be watching the potato.ie space with interest over the coming weeks and months. For now, though, I’ll leave you with some of the other sights at this year’s Bloom. 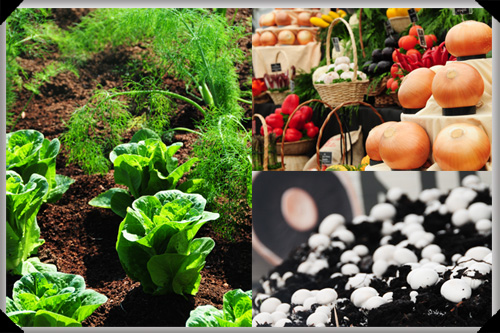 Yes, there were other vegetables at Bloom besides potatoes 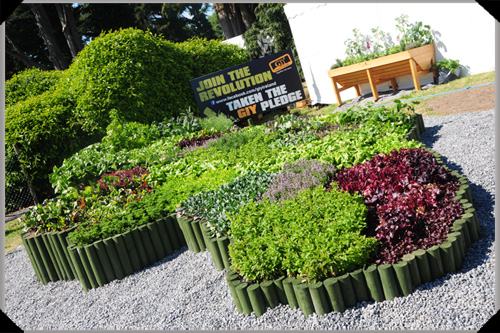 In fact, there was a whole country's worth, with GIY's edible map of Ireland 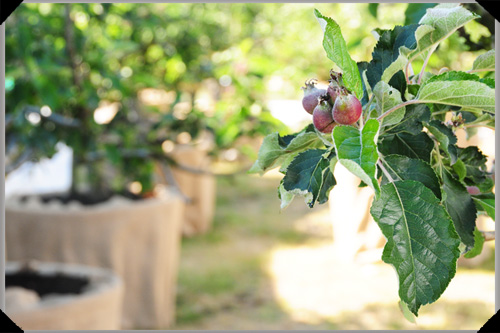 There was fruit too, including apple trees, which have been grown here for about 3000 years
- though not this particular tree, you understand 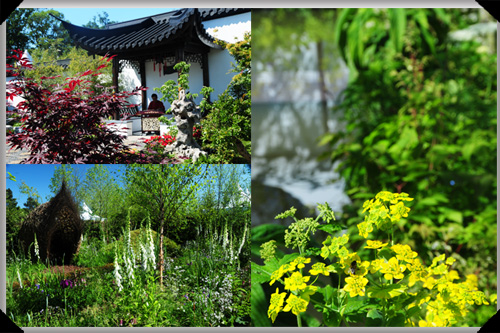 ...and glorious gardens, of course 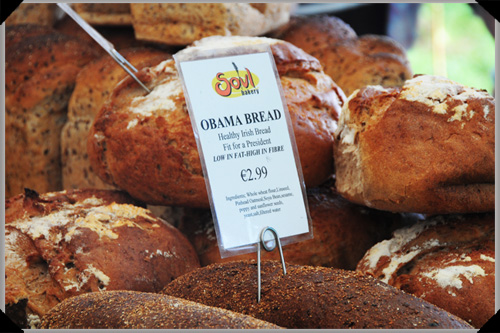 The food included bread fit for a president, no less 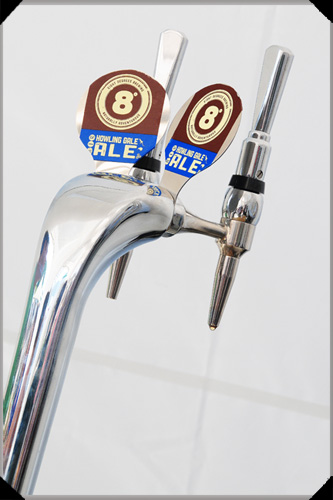 ...and to cap it all off, I had some new-to-me beer, the full-flavoured Howling Gale Ale from 8 Degrees Brewing, one of the new craft brewers on the block, and one to look out for