I hate to be predictable, but it’s that day of the year when you’d be expecting to see some kind of top-10-review-highlights-resolution kind of post, and who am I to disappoint?

So c’mon, then, into the spudmobile, seat belts on and let’s zoom through 2009…

END_OF_DOCUMENT_TOKEN_TO_BE_REPLACED

Purple spuds may be common enough currency in some quarters, but not where I live. So, yes, while on my travels here in the States, I am prone to getting excited by sights like this at Seattle’s Pike Place market: 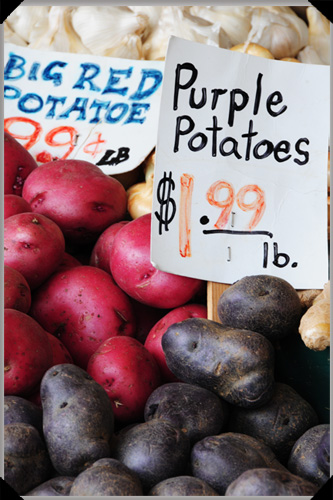