If there’s one thing I have learned about spuds over the past 6+ years, is that there’s always some new spud thing to learn.

Be it natural curiosity, or because – slowly and imperceptibly over time – I have become attuned to spud wavelengths, or because others, knowing my predilection for all things potato, pass snippets my way, there is, in my head, a steady accumulation of spud stuff. The recent few months – though they may have been largely quiet on the blog front – have been no different.

There was the friend from Mayo who, a while back, asked me to give him a call, if I were not “too busy scratting spuds.” When I rang later, he explained that in the ’70s – and, I’d imagine for many years before that – when farm workers from the West of Ireland would travel to England for seasonal work, locals would say that they were “scratting spuds in Scunthorpe.” Scratting meant digging potatoes by hand – not to be confused with apple scratting, which is the process of grinding apples up before fermentation into cider – but technology and the times we live in mean that “scratting spuds” is a phrase – and an activity – that has fallen into disuse.

On the other hand, modern times have brought us new ways, not just of harvesting, but of growing potatoes and of bending them to breeders’ wills. An article in the Observer last October told of a Dutch project – winner of an award under the USAID Grand Challenges for Development initiative – which is investigating the possibility of using salt-water to grow potatoes (and other crops).

END_OF_DOCUMENT_TOKEN_TO_BE_REPLACED 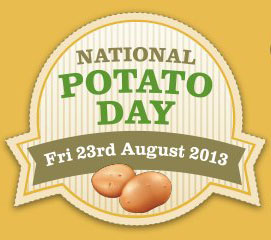 END_OF_DOCUMENT_TOKEN_TO_BE_REPLACED

The Cheese Formerly Known As Feta 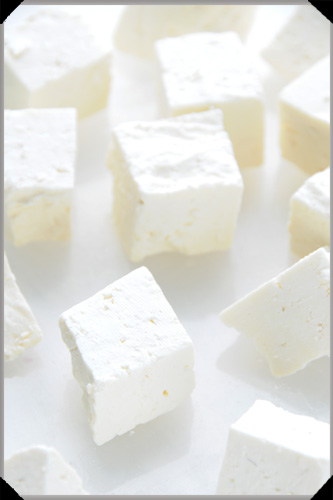 There I was, proud as punch, admiring my first batch of feta cheese.

I knew that, before long, I would be all “feta this” and “feta that”, a salad here and a spanakopita there, and still enough feta left over to impress friends and family. It was a big, cheesy win.

Until I remembered that technically I’m not allowed to call it feta.

Not according to the European Union at any rate.