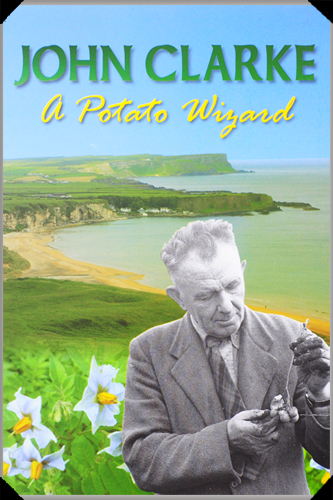 END_OF_DOCUMENT_TOKEN_TO_BE_REPLACED

“Just because you work for Tayto doesn’t mean you know potatoes, or tomatoes or tomaytoes,” said a man from County Clare.

So runs a line from the song “The Great Potato Feud” by Pat Quinn of Inis Oírr, which describes a late night bar scene with much heated, and inebriated, debate on the matter of the best potato.

It is, as Rónadh Cox pointed out in her article in the journal Gastronomica, “a very funny song… above all funny because the idea of a pack of Irishmen quarreling about potato varieties seems ridiculous – but not impossible.”

** I must declare some interest here – Rónadh is my cousin and writing about potatoes, it seems, a family preoccupation.

I was reminded of the song because I had the pleasure of meeting Darra Goldstein this week, Editor in Chief of the aforementioned Gastronomica, who was in Dublin at the DIT School of Culinary Arts & Food Technology to deliver the keynote address at the inaugural Dublin Gastronomy Symposium. It seems a terribly grand title – and it was in the nature of the event that the papers presented were necessarily academic and, at times, esoteric – but at its heart was a group of people, brought together by a committee chaired by Dr. Máirtín Mac Con Iomaire, and whose interests, though diverse, centered on food – that which nourishes and enables us all to simply be.