It is my habit of late to conduct Saturday mornings at home to the tune of BBC’s Saturday Kitchen.

This is an hour and a half of television programming which, each week, features cooking by two guest chefs and by host, James Martin, interspersed with archive footage from assorted other BBC food programs. A celebrity guest is on hand throughout the show to chat to and to cook for.

When Saturday morning rolls around, I’ll fire up the television and keep an ear on proceedings while I make coffee and whatever else takes my weekend morning fancy. Inevitably, my interest in the show varies, depending on the guests (cheffy and otherwise), on the dishes being cooked and on the archive clips that are shown (I have a definite fondness for the old Keith Floyd pieces which have been featuring lately).

I made a particular point of tuning in last Saturday, as the line up included Thomas Keller, founder of not one, but two 3 Michelin-starred establishments, The French Laundry in Napa Valley and Per Se in New York, and considered to be one of the finest chefs in the world. He’s not given to making television appearances, and you could tell that there was a mixture of excitement and nerves at having him in the studio on the part of both James Martin and Tom Kitchin, the other guest chef and no stranger to Michelin stardom himself.

END_OF_DOCUMENT_TOKEN_TO_BE_REPLACED

Yes, ’tis true. There’s nothing worse than turning up to a potluck empty-handed when everyone else has brought dishes that people would stampede to get to. Yet, despite having had the best part of two months to ponder the latest five star makeover – which called for a little gourmet creativity to be applied to our choice of seasonal farmer’s market produce – I sat there yesterday morning, deadline looming and nary an idea in my head about what to bring to the makeover party.

I sipped my coffee and considered the options. Deploying the ‘laptop ate my blogpost’ excuse was top of the list, followed closely by a handwritten sicknote from my Ma. Alternatively, I could take my chances, potter down the road to my local vegetable vendor and hope for inspiration to strike (or, failing that, lightning, in which case I would probably have singed hair but an excellent reason for needing an entirely different kind of makeover). Lucky for you (and for my future hairdressing expenses) the lightning stayed away. 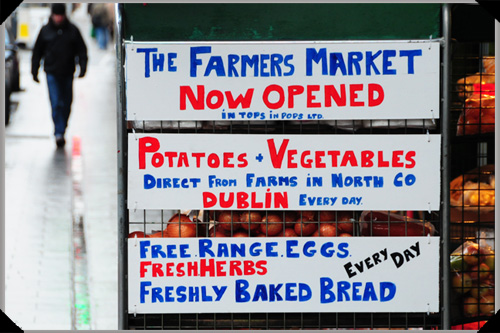 My most local source of fruit and veg, after my own backyard, that is

END_OF_DOCUMENT_TOKEN_TO_BE_REPLACED 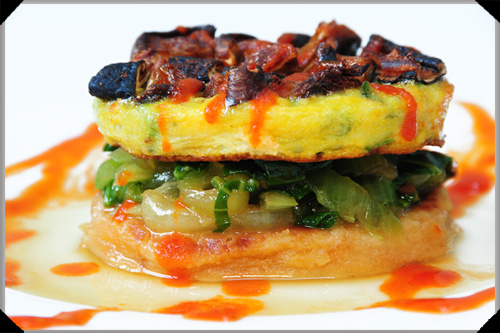