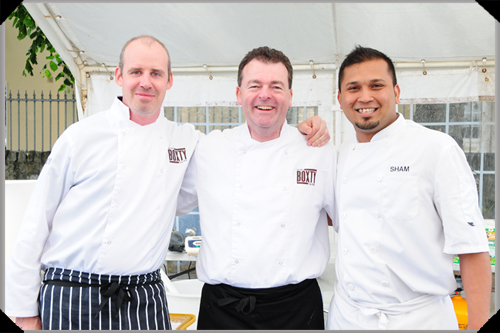 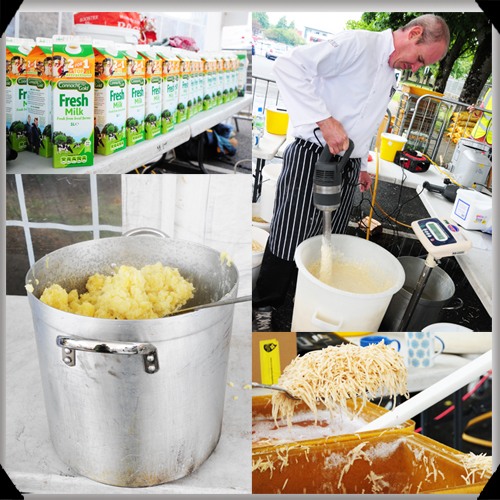 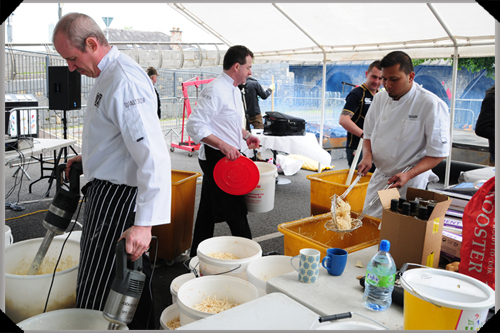 The lads busy at their boxty-making work:
for the record to be valid, all prep had to be done on the day and the entire proceedings recorded on camera; the resulting pancake also – importantly – had to be edible 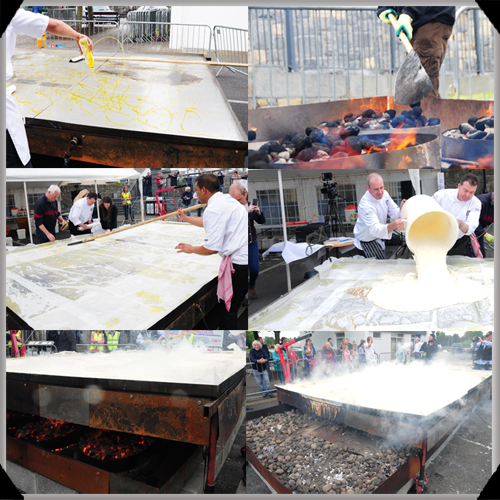 Specially constructed for the purpose:
a 4.25m x 2.75m wheelable pan – oiled and lined with parchment paper and poured with boxty batter – accompanied by a similarly sized container for burning coals underneath. 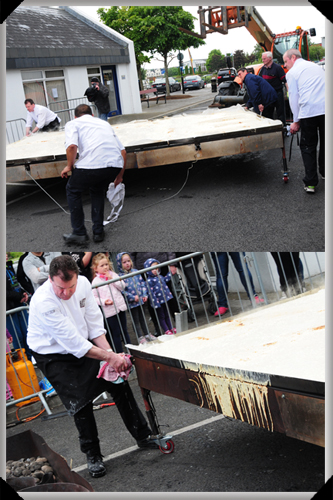 Tricky to regulate the heat from the burning coals, hence much turning and wheeling of the pan on and off of the heat during the approx. 90 minutes that it took before the boxty was declared cooked 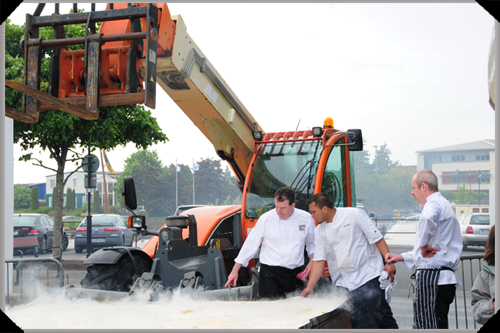 Much inspecting of progress during the cooking time 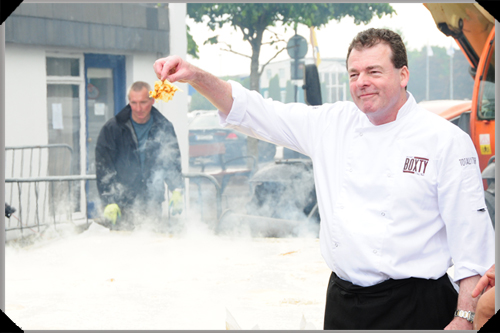 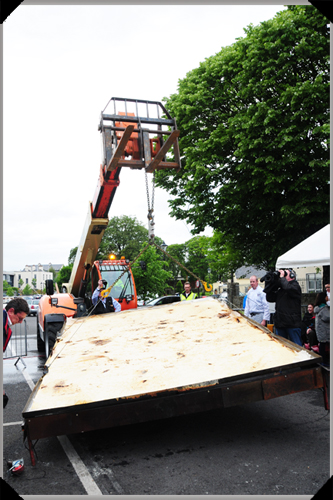 That pancake ain’t gonna lift itself:considerable mechanical assistance required to hoist the pan so that the boxty therein could be weighed.

A hefty load alright, at 500kg+ for the pancake + pan. Adjusting for the pan weight, the boxty clocked in at around 265kg and – subject to official verification by the Guinness Book of Records folks – the biggest the world’s ever seen by some 65kg, in fact.

BBQ boxty:
a bit scorched, yes – and so would you be if you’d spent that amount of time over hot coals – but edible nonetheless and record breaking too