Spud Sunday: Remembrance of Spuds Past

And all from my cup of tea.

So ends the ‘Madeleine episode‘ in Marcel Proust‘s novel, Remembrance of Things Past, where, upon having a bit of cake with his cuppa, the bould Marcel is put in mind of an earlier cake at an earlier time, and waxes lyrical and long, over the seven volumes that it takes him to complete the novel, on involuntary memory – those things that trigger recollections without conscious effort. (***) 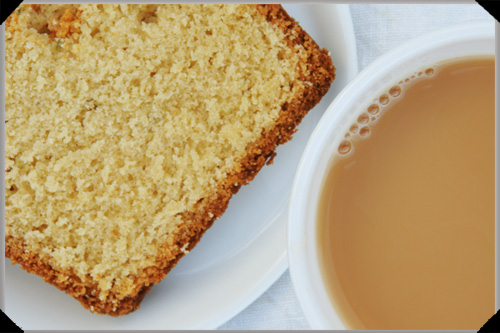 Ok, so it’s not a madeleine exactly, but it was a spot of tea and cake
that transported Proust to times past.

Now if you are curious as to how I plan to get from Proust to potatoes – and I did wonder about that myself – do bear with me. It will take a lot less than seven volumes, and it also starts with a cup of tea.

The tea was wild berry flavour – or so said the label – and the taste – like confected cherries, medicinal almost – brought me rocketing back to my childhood.

I was eight, maybe. Primary school age, at any rate, and was spending several weeks in bed – or so it seemed – having had an unfortunate encounter with a boiling kettle (no, don’t ask). And I remember having to take lozenges with a sickly cherry flavour, and that taste became imprinted on my younger self’s brain. Now, a very long time later, here was that taste again, in tea form. I very nearly spat it out – that’s involuntary memory for ya.

Mr. Proust was on to something alright. Foods and flavours can certainly trigger memories, and the where-we-were and what-we-were-doing when we experienced certain tastes can strongly affect our reaction to them, even years later. So it was for that berry tea, and so it is with spuds (which, praise be, do not come in cherry lozenge flavour). I grew up with potatoes on my plate – in Ireland this does not make me unusual – and it has never been a simple case of just liking spuds or not. It’s more important than that. 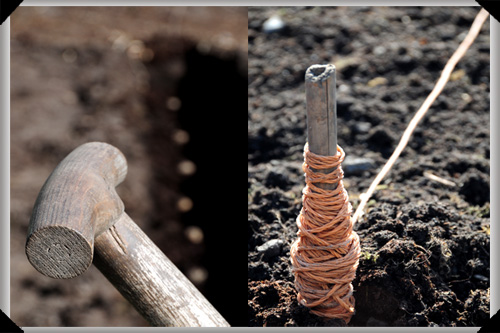 Tools of the potato planting trade

My parents always kept a kitchen garden and my father always grew spuds. And we ate them. A lot. I remember boiled potatoes as the default dinner accompaniment – and I’ll admit that my junior self wasn’t overly enamoured of the workaday boiled spud (with hindsight, and a good deal more butter, I now view them differently).

But there was more to our potato-heavy diet, and the having-to-put-up-with plain spuds on most days was always redeemed by the roast potatoes we would get when a roast dinner was on the cards (though it would always come with boiled spuds too, mind). And there would be new potatoes and potato salads with chives for our tea in the summer. And sometimes potato cakes with a weekend fry up.

And I remember older siblings coming home late on a weekend night and, having decided that only chips would do, they proceeded to dig for potatoes in the wee small hours for that very purpose (oven chips, had they existed, would have been so much simpler…). I also remember the bags of Tayto we might get from the Da if he’d been to the pub – and Dairy Milk too – just as I remember him in his old sports coat, out in the garden in the middle of March, digging the drills for another year’s crop.

So it’s little wonder that, sometimes, spuds taste to me of other times and other places, with an essence no recipe can describe.

And all of that from my cup of tea.

(***) Though I did once work my way through the first volume of Proust’s aforementioned Remembrance of Things Past, the irony is that I can’t really remember any of it…