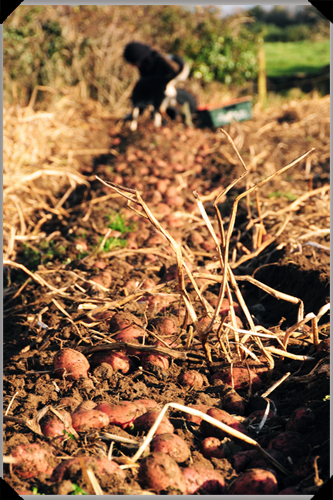 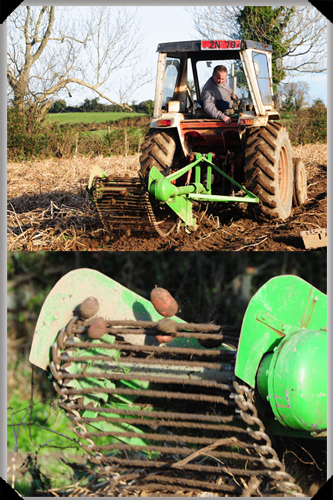 John Swaby-Miller ploughs up the potatoes for picking 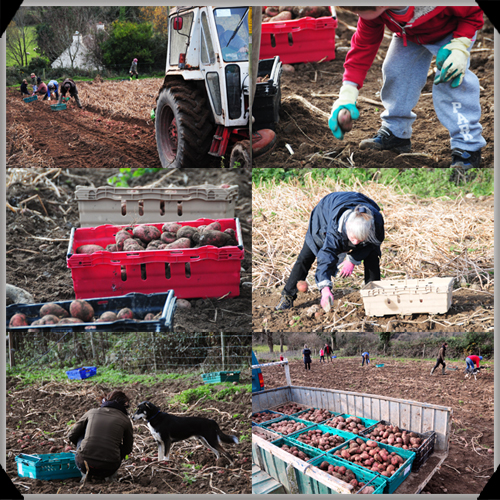 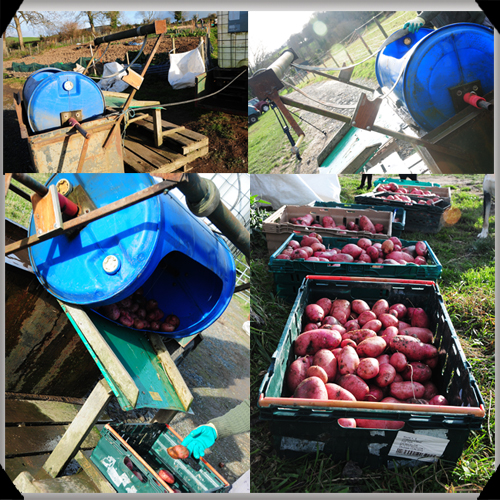 Newly picked potatoes get a rinse and spin in John Swaby-Miller’s homemade potato washer:
– the barrel is fitted with brush heads, has a perforated base & sits in a large container of water
– potatoes are tipped in & given several rapid turns in the water by means of a crank handle
– the barrel is then winched up, allowed to drain of water and potatoes gathered from the other side 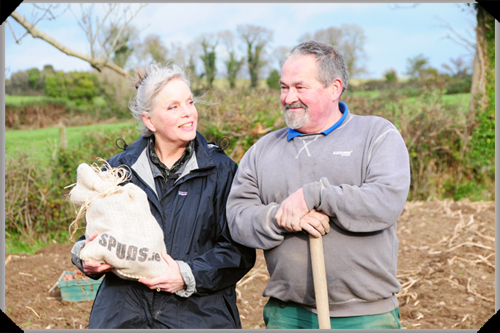 SPUDS founder Kaethe Burt-O’Dea & grower John Swaby-Miller, pictured with one of the 5kg hessian sacks of spuds that will be for sale in the run up to Christmas 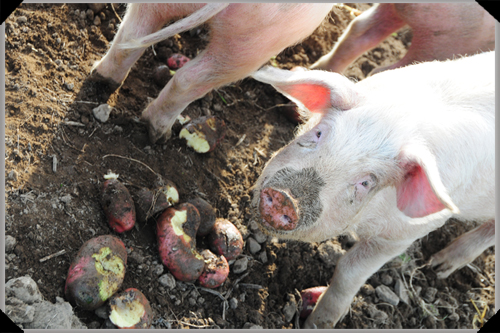 Them piggies like their SPUDS too:
John Swaby-Miller uses pigs to clear his fields of the vegetables left after picking for market is done