Interest in the variety was huge and it was no great surprise to hear that they were returning for another season in bigger volumes. A lunch in Gallagher’s Boxty House last Thursday marked the launch of the new season of Lumpers – they’ll have their own pitch throughout Marks & Spencer stores in Ireland, both north and south, and a supply that grower Michael McKillop estimates will last through until January. 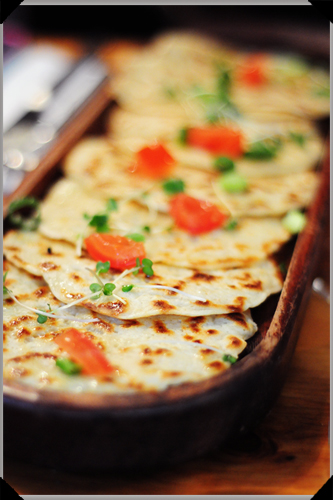 Boxty pancakes made with Lumpers:
coming soon to the menu at Gallagher’s Boxty House

I chatted with Conrad Digan, head of selling and marketing for Marks & Spencer Ireland, about the response they got last March:

It resonated with people. ‘Have you got the old famine potatoes,’ that’s what they asked for. We were selling out of them so quickly – as soon as we had them in, they were gone; people were ringing ahead to say hold some for me – and that would [normally] never happen with potatoes.

While there may have been an air of novelty about it – and some people will always want that which is hard to get – it seems that the interest in this particular spud runs deep. That interest comes as no surprise to collector Dave Langford, whom Michael McKillop acknowledges as the original source of his Lumper seeds:

When I started collecting potatoes, I realised that the old varieties were disappearing. And whenever I was showing the collection, the first thing people would say is ‘do you have the Lumper’ – and they would hold it and say, gosh, we lost so many of our family to the Famine; they would relate their whole family history, so I’ve always been a fanatic for it and kept it going. 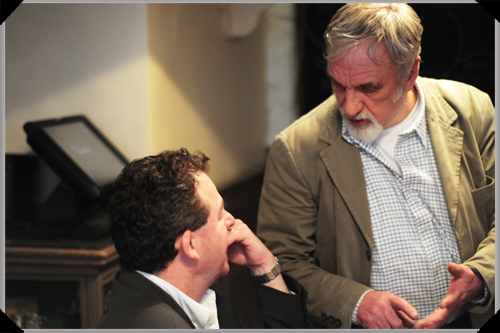 So it seems that this knobbly old potato, whose feastibility was amply demonstrated at last Thursday’s launch by way of traditional champ mash, boxty pancakes and new-to-me boxty scratchings – boxty strips, thinly sliced, deeply fried and dangerously addictive – is about far more than lunch or dinner. 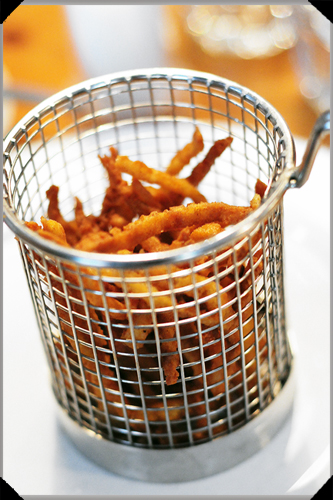 The Lumper is no less than a piece of living history that functions as a conduit for conversations about the Famine, and several of the attendees attested to that. Michael Blanch of the Committee for the Commemoration of Irish Famine Victims, who gives talks on the subject in schools and elsewhere, put it thus:

The Lumper is making the telling of the story of the Famine a lot easier. It’s not just death and destruction, there’s life after – you tell the story through the potato: you’re planting it and you’re telling them about it, and again when you’re harvesting it; it’s a great teaching tool.

And that tool has been applied, among other places, in the Derry area, where the Living Heritage Project saw pupils from 12 schools growing Lumpers, harvesting them and later learning to cook with them too. 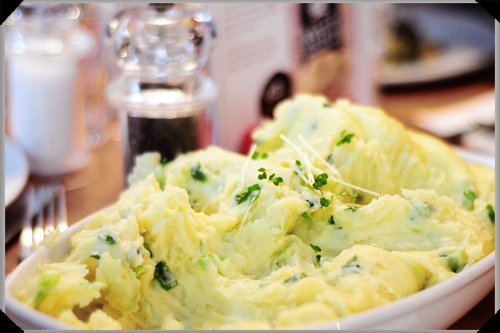 Champ made with Lumper Potatoes

Pete St. John, meanwhile, the singer-songwriter most famous for his anthemic Fields of Athenry, set during Famine times, and who also attended the lunch, declared simply that “the Lumper has taken over my life.” He talks enthusiastically about it to anyone who cares to listen, both here and in the U.S., and has put pen to paper to write the Lumper song, no less.

The Canadian Ambassador, Loyola Hearn, was also on hand. The Lumpers provide a talking point for Canadians with Irish heritage and, among other things, Ambassador Hearn has presided at an Irish-Canadian event where – in true cross-cultural fashion – Lumpers were barbecued and served to 300+ attendees. Famine, it seems, has turned well and truly into feast. 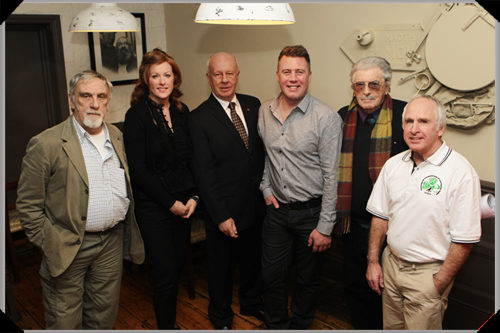 The Lumper Song
Reproduced with the blessing of author Pete St. John

We were singing The Fields of Athenry
In the Glens of Antrim bye and bye
At a great Potato Picnic in the woods
A campfire style potato roast
To celebrate from coast to coast
The Irish Famine Lumper …King of Spuds!!

The Lumper King we grow today
And serve it in the boxty way
Like when it was our island’s saviour food!!
In Famine times a killer blight
Had killed the Lumper over night
Now its back!! ..and we’re in a singing mood!!