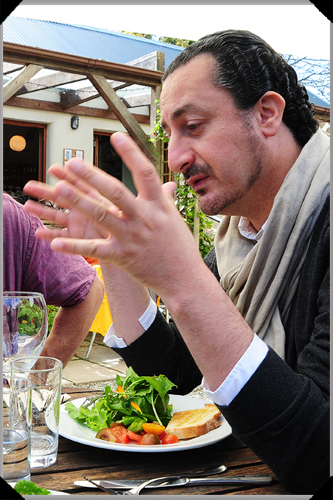 Kamal Mouzawak was describing his recent work with a group of Syrian refugees in Lebanon, which aims to establish a kitchen from which they can cook their traditional food. It may not sound like much – a kitchen, a few Syrian ladies cooking dinners as they might at have done at home – but, for that one group of people, it is making things better, and Kamal is all about making things better through the medium of food. “The most authentic and sincere expression of tradition, of history, is food,” he says. These refugees may have arrived with little else, but they carry their food culture with them and it is a fundamental way, not just of feeding themselves, but of connecting with others. 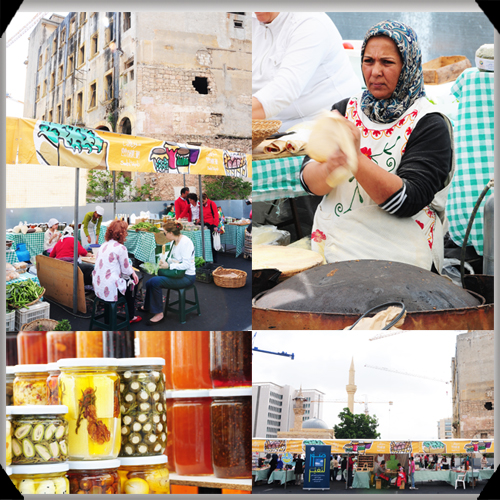 It’s one of a series of projects in his native Lebanon about which Kamal spoke in Dublin last week, projects which help to bring people, who are often otherwise divided, together through food. A food and travel writer, founder of Slow Food Lebanon and son of a farming family, Kamal was responsible for setting up Souk el Tayeb in 2004, the first farmers’ market in Beirut and later, in 2009, Tawlet, which he describes, not so much a restaurant as a farmers’ kitchen, where producers from the market – from all parts of Lebanon, representing both Christian and Muslim traditions – come, a different woman each day, to cook their food, and which can be sampled, buffet-style, by customers each afternoon. 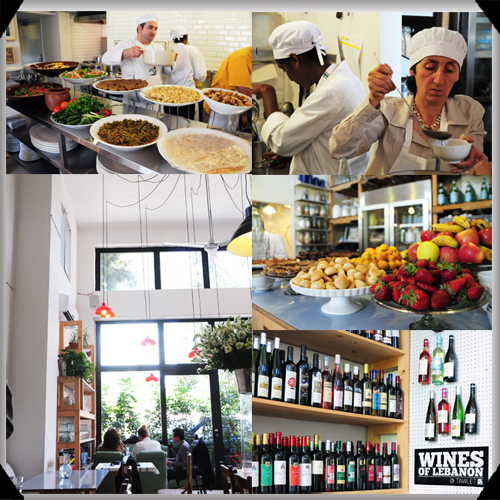 At Tawlet, Beirut:
tawlet means table in Arabic and food here is not mezze-style, as you might find in a Lebanese restaurant but, rather, the stews and grains and other fare that you might be served in a Lebanese home

I visited both Souk el Tayeb and Tawlet on a trip with Taste Lebanon in 2011, and met Kamal briefly there and again when he visited West Cork later that year. These are truly social enterprises, about far more than food on a plate. As Kamal says, “it’s about how to support wonderful people who are doing great jobs on their farms and in their kitchens; it’s about creating bonds between people” – especially between those whom history places on either side of an arbitrary divide. As businesses, they are also fragile, however, and trouble in neighbouring Syria has ground tourism, and the service industry on which Lebanon depends, to a virtual halt. Part of the purpose of Kamal’s visit here last week was to raise funds to keep these projects going.

Kamal also recently brought a group of the women who cook in Tawlet to prepare lunch for attendees at the MAD Food Symposium in Denmark, and the video below is well worth the seven or so minutes that it will take you to watch it. As Kamal says at the end of the piece, it was not about being there to make lunch. It was about people of different traditions making a connection through food, and what could be better than that.