As a toddler, my nephew John was fierce fond of numbers.

Writing or reciting numbers – or arranging magnetic digits on the fridge – was a guaranteed way to soothe almost any of his junior upsets, and it became a well-used tool of the babysitting trade. Not all numbers were equal, however, and John had a particular liking for the number five. Though fours and sixes were all very well, when all other digits failed, a figure of five would draw a smile.

This weekend I, too, had occasion to smile a number five smile, as the 5th of October marked the fifth anniversary of my first ever post, and here I still am, five years – and an awful lot of food – later.

And though I have, on occasion, wondered about the life expectancy of this blogging endeavour – not to mention my continuing capacity to both describe and digest potatoes in all of their many forms – I’d had another reason to smile this past week when The Daily Spud once again featured in the list of finalists for the Irish Blog Awards. Curiously, it was not in the Food and Drink category this time, but for Best Blog of a Journalist, something which makes me feel both childishly giddy and all grown up at the same time.

Of course, The Daily Spud wasn’t the only thing that started five years ago. Though I was entirely unaware of it at the time, Blas na hEireann, the Irish Food Awards, presented their first ever set of gongs on this very weekend five years ago, as part of the Dingle Food Festival.

It’s an event – run by food producers, for food producers – that has grown hugely in that time and, this year, us five year olds came together, as I travelled to Dingle for the weekend to assist in judging the shortlisted entries from over 2000 submissions across a massive 80+ categories. Mostly this did not involve eating spuds – though I took particular delight in seeing O’Donnell’s Crisps achieve a gold award for their new Hickory BBQ flavour as well as an award for Best Emerging Producer, Tipperary – while the overall Supreme Champion award went to An Olivia Chocolate of Mullingar. 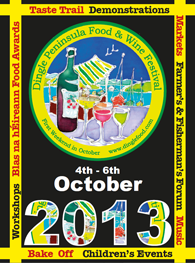 As for the rest of the weekend, though I was sorry to miss the first Northern Ireland Potato Festival which took place at the Giant’s Causeway, the Dingle Food Festival was a fine location in which to celebrate five spud years. The town was a-buzz on Saturday, blessed with warm October sunshine and huge participation in their afternoon Taste Trail, where restaurants, shops and pubs turned out hundreds upon hundreds of taster plates, from kangaroo to Dingle mutton pie, and market traders lined the busy streets. I workshopped my way through the day with a seaweed foraging walk on the rocky shores of Smerwick harbour with Darach Ó Murchú, as well as presentations on the Japanese Art of Umami with Junko Hamilton and Cooking with Seaweed with Sally McKenna, based on her newly published book Extreme Greens, a hugely accessible and informative guide to understanding seaweeds and incorporating them into our daily lives. 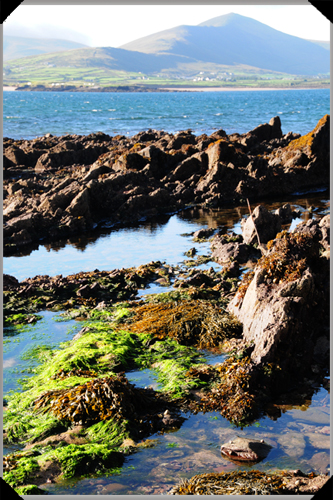 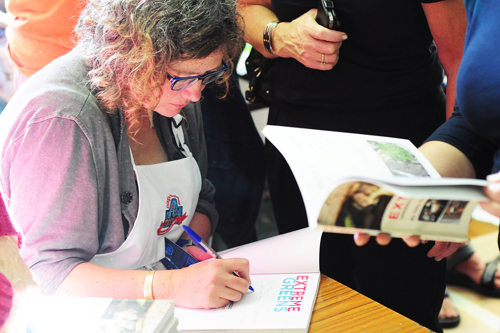 Sally notes, among a great many other things in her book, a saying in pre-Famine Ireland that described the order of care for the woman of the house: “Prátaí; Páiste; Feamainn;” meaning Potatoes, Child and Seaweed, and the value of all of these things to the household was well understood. And though I might not apply priorities in quite that order when it comes to family – where fans of the number five are always number one – here, in this little corner of the internet, be it for another five years, or more, or less, potatoes will always come first.