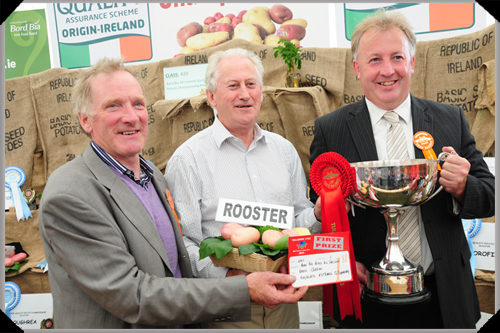 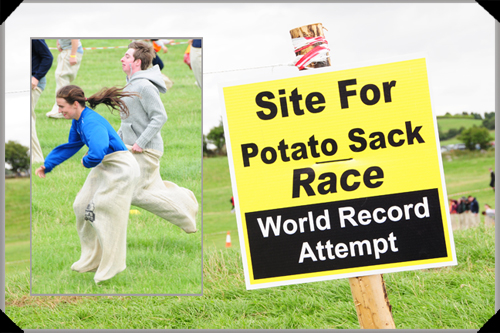 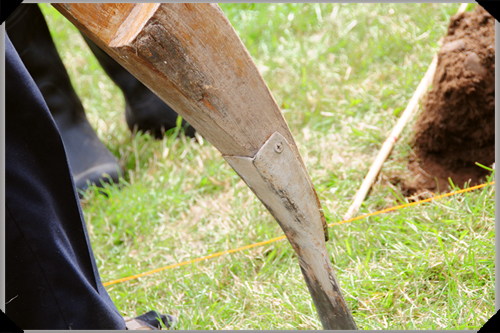 Getting close up to the loy

The loy is an old-style Irish spade, with a long, narrow blade and a single footrest. It is associated with making so-called lazy beds, where sods of grass are sliced on three sides and hinged over to make a ridge for planting (commonly potatoes, but may equally be used for planting other crops too – the loy itself is thought to long pre-date the arrival of potatoes in Ireland). Regardless of your intended crop, the heel on the loy, as Tom described it, gave you huge leverage and you prized the sod over with it. 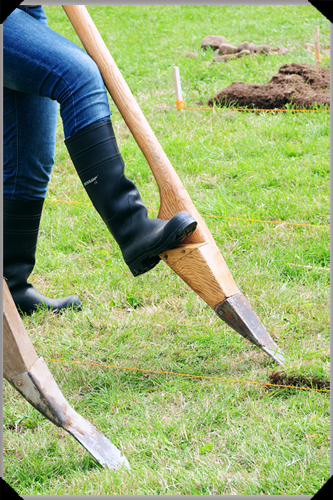 Digging with the loy

It was much used in centuries past, but less so, both after the two-sided modern spade came in, sometime around the 1750s according to Tom, and later, when land improvements enabled the use of horse and plough. The loy did persist in certain areas where land was wet and difficult to work, mainly around Longford, Cavan and Leitrim: “That’s where it hung on,” said Tom. “The farms were very wet and rushy, and a lot of them would have been very small – there would have been no trouble finding 5 or 6 loys in a farmyard.”

In its description, use and history, the loy is reminiscent of the South American taclla or Andean footplough, a digging stick with metal blade, curved handle, and footrest, developed by the Incas and suited to digging up the tough sod of the mountainous Andean regions, often, too, for the cultivation of potatoes. Though it was also displaced over the years by other technologies, it remains in use by peasant farmers on steep and marginal land in the high Andes. Use of the loy here, however, had all but died out when, in the late ’80s, seeing a lone entrant make use of the loy at a ploughing match, one of the judges, Eamon Egan, decided to do something, rather than let the practice die out. 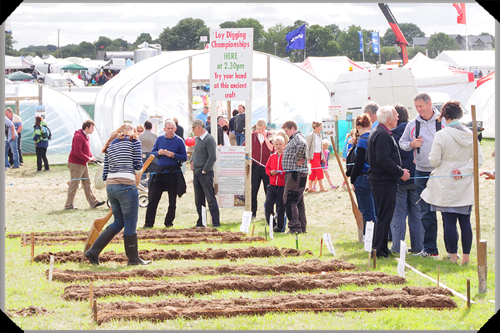 Embracing a new generation of loy diggers at the Tullamore Show

His suggestion to have a loy competition at a ploughing match was, at first, laughed at. “The loy, that’s a stigma of slavery,” said one. “A loy is for a person with a strong back and a weak mind,” said another. Initially he could only get three people to compete, but interest grew gradually and he set up the Loy Association of Ireland in 1992, together with an annual competition associated with the National Ploughing Championships. From an entry field of 14 diggers from 5 counties in 1992, this year’s competition at the Ploughing Championships in Portlaoise on 26th September next will see 43 competitors from 17 counties participate in 4 different loy digging classes (Senior, Junior, Under 21 and Ladies). 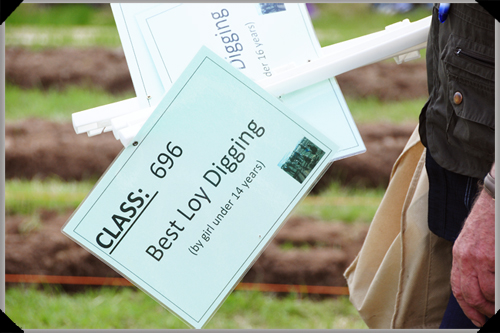 Not just for old fogies: the Tullamore Show plays host to an underage Loy Digging Championship

And though the early days of the revival might have been the preserve of old timers – in 1992, most loy diggers were in the fifty-to-seventy age bracket – an underage Loy Championships for boys and girls under 14 and 16 is now held at the annual Tullamore Show. While I was there, Tom Egan pointed to last year’s Senior Loy Champion, Pat Murphy from Wexford, as someone who started his loy digging career by competing and winning in the underage classes. 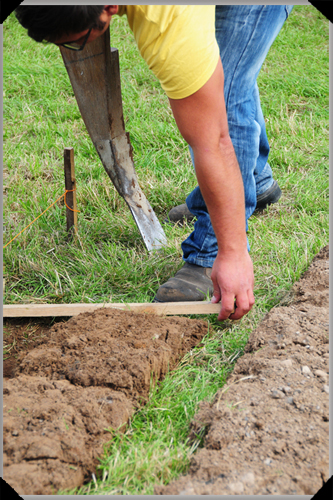 While it’s still clearly a minority interest, loy digging, thanks to the efforts of the Loy Association, is not now the dodo it might easily have become. “We have vets and schoolteachers and forestry officials, and they’re all coming out and competing,” said Tom. “I don’t know what there is about the clay, but people are gone very fond of it again.”