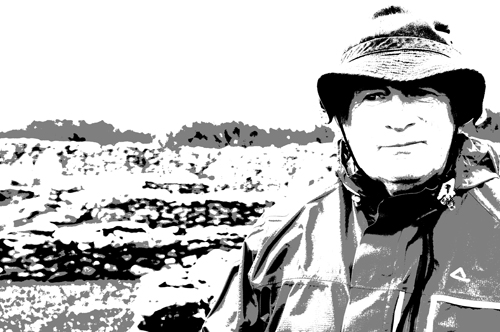 We’ve talked about nothing else for the last three or four weeks except spuds.

Aengus Murphy was filling me in on the main event of the weekend, An Spud-Off Mór (The Big Spud-Off).

The competition – of which Aengus was organiser in chief – required the great and the good of several local parishes to present their home grown potatoes for evaluation, first in a series of parish finals, and then in a grand final, with each parish sending forward their local winner for consideration, as well as a judge to participate in the final deciding panel. I had been adopted by Paróiste na Cille Cois Cnoic (Parish of the Churches, beside the hill) for the duration of the weekend and would perform judging duties on their behalf. No pressure, like. 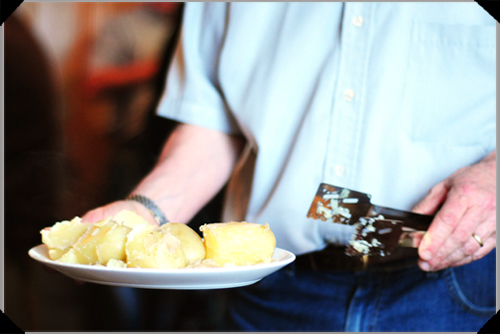 Dishing it up:
a competitor’s potatoes arrive for tasting at the Paróiste na Cille Cois Cnoic parish final

You must know a fierce amount about potatoes if you’ve come all the way to West Kerry to judge them.

So the man of the house in my Dingle accommodations had commented.

Knowledge, perhaps; interest, most certainly. In my self-appointed capacity as reporter on all things potato, the Spud-Off Mór – now in its fourth year – had been on my radar for quite some time. Curiosity and a certain inevitably had finally brought me south and west to see, at first hand, what it was all about. 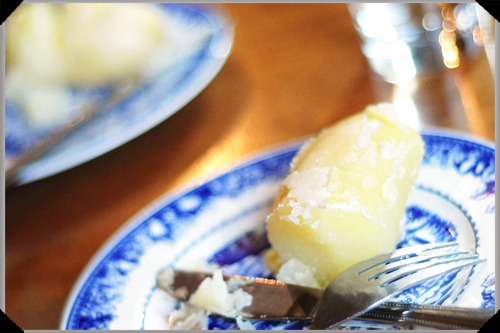 The competition had started life as a bit of friendly family rivalry. Aengus Murphy and his son Kevin – who now runs the rather lovely Idás restaurant in Ballydavid – had family members do a blind-folded tasting of their respective potatoes and – in a result which Aengus will gently tell you he still disputes – Kevin was deemed the winner. Others, locally, were quick to claim that their spuds would have beaten both, and so the seeds of the Spud-Off were sown.

It has grown from a single event in Ballydavid to one with eight parish finals dotted around the peninsula, as well as a schools’ competition, and this year incorporated other potato events, including a talk on the Great Famine with academics Larry Geary and Shane Lehane from U.C.C. and a short drama presentation. And though the proceedings remain, at heart, a fiercely local affair, I was by no means the only interested outsider, with a film crew from RTÉ there to shoot a program on this year’s competition, to air later this year or early next (and where my scrutinising of spuds may be scrutinised on screen). 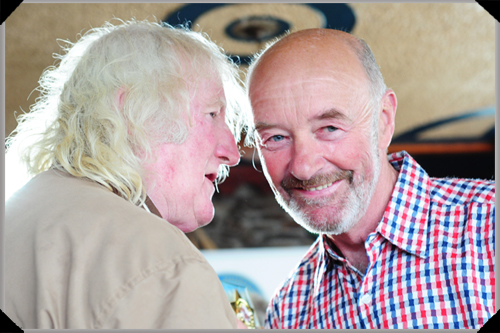 Sure nobody here would tell you the truth about their potatoes.

That was according to Anne, a fellow parish judge.

Whether people were telling me the pure truth about their tubers or not, everyone I met had something to say about the what, the when, the where and the how of them: British Queens, it seems, are the most popularly planted and yield the most competition winners – submit anything else (except perhaps Home Guard) and it will be a source of comment; lack of frosts can mean planting as early as February, though the prolonged cold start to the growing season this year had, as Aengus Murphy put it, resulted in a lot of casualties; the use of seaweed, shelter (or lack thereof – the wind from Mt. Brandon would, I was told, cut potato stalks in two), sandiness or otherwise of the soil – these are all topics of local conversation; and, if a potato of any decent size turned up at the judging table, it was a source of great speculation as to how it had been managed (and you’d probably never be told the full truth of it in any case). 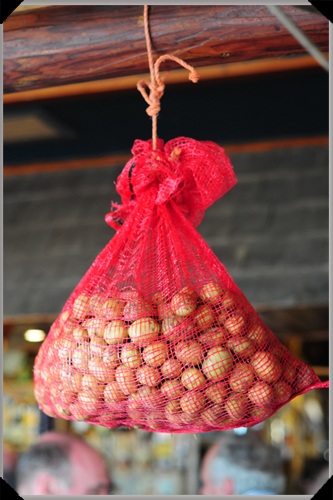 Hanging around: guess the number and weight of potatoes, one of many spud-related activities at the Spud-Off Mór grand final

I might have to get a woman to cook them.

Those were at least one prospective competitor’s thoughts on how best to get his spuds into prime championship condition. Another parish winner suggested he might have to put up security wire to protect his prize-worthy specimens.

With preparations made and the grand final underway, Tigh T.P.’s was abuzz, with each entrant given a time at which to present their potatoes and with cameras rolling as the individual entries started to arrive. The rules state that the potatoes must be freshly boiled or steamed and have no seasonings added; it is taken on good faith that the potatoes presented are the competitor’s own and haven’t been bought in – anyone doing so would be unlikely to hear the end of it. 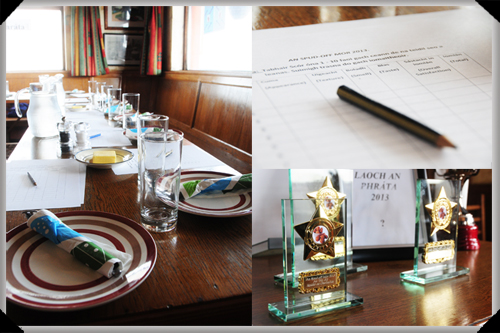 The Spud Off Mór Final: the table is set, the scoring sheets ready and trophies await the winners

After due deliberation, each judge scored each entry out of ten for appearance, smell, taste, texture and overall satisfaction. We did have the option of adding butter and salt but, personally, I was all about the unadulterated spud. All were tasted blind, without knowledge of grower or parish origin, and though, as a judge, you taste the entry from your own parish, your scores for that entry do not count – there can be no favouritism here.

Nine finalists, nine spuds and a few sums later, the winner, with his British Queens, was declared to be Noel O’Neill, representing the parish of Dingle. That he was a first-time potato grower will, no doubt, add to Spud-Off lore; I had my own favourites, of course, and I was pleased to later discover that I had correctly identified my adopted parish entry from the finalists’ line up; of course, you’ll have to take my word for it, but I can assure you that it’s pure true. 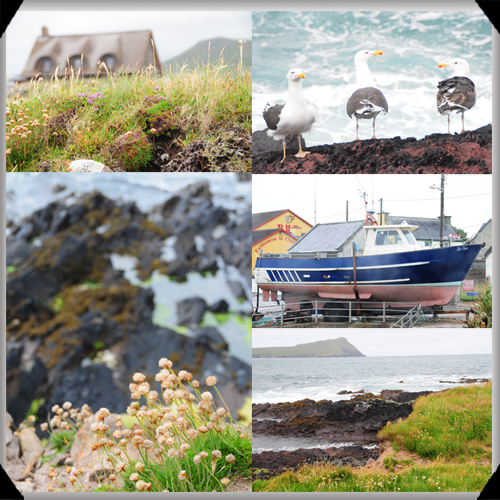 Around Ballydavid: well worth a visit, quite apart from the spuds