In what might just have been the ultimate way to spend a Spud Sunday, I was, this past weekend, in far West Kerry, immersed in Féile an Phráta and An Spud-Off Mór (that’s the Festival of the Potato and the Big Spud-Off for those in need of a translation). 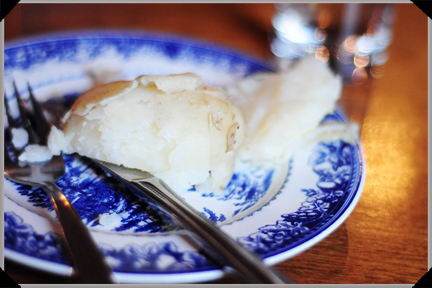 Judging spuds: one of many Kerry spuds to come under scrutiny this weekend

A full report will follow in due course on my spud adventuring (though not before I take off again next weekend for a packed few days at the London Food Blogger Connect conference, where, the programme reminds me, that I’ll be speaking on Friday afternoon and again on Sunday morning on blogging, writing and – in all likelihood – on spuds; it’s a subject I find hard to avoid).

Indeed, were it not for my prior foreign engagement, I’d be tempted to stay in Kerry where, hot on the heels of this weekend’s festivities, are the Flavour of Kilorglin, taking place from 5th-7th July and the Kenmare Food Carnival from the 12th-14th – plenty to occupy those in a food festival frame of mind. In the meantime, while you await news of potato festival delights, herewith a little light reading on the latest bit of spud gadgetry to come my way.

Mash is like that little girl of nursery rhyme renown: when it is good, it is very, very good; when it is bad, it is horrid. A fellow festival goer this weekend reminded me of just how horrid that horrid can be, when she described the misery of her mother’s mash: overcooked, watery potatoes, added to a blender and made pourable with a large quantity of milk. A sad and sorry end for any self-respecting spud.

Of course, I’ve had much to say on the making of mash in the past. And it is generally accepted wisdom that, to avoid a gluey outcome, you should keep mash-to-be well clear of sharp blades that move at high speeds, so food processors and blenders – or knife throwers, for that matter – are a no go. A potato ricer – where cooked potatoes are pushed once through a perforated receptacle – is, instead, my mash tool of choice (and that of many others; including those I know who are sufficiently particular about mash that they bring their ricer along on holidays). 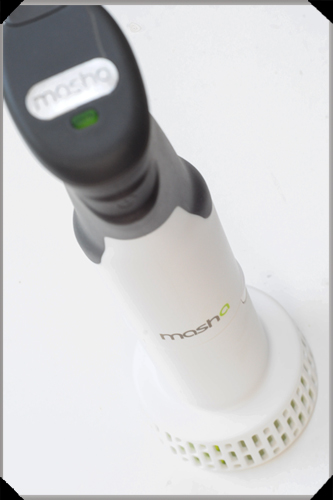 Enter, then, the Masha – a piece of kitchen kit not unlike a stick blender but whose main goal in life is to make short work of good mash. When asked if I’d like to give it a whirl, I was both curious and dubious, knowing that, in a very literal sense, the path to great mash does not always run smooth. According to its blurb, the Masha uses a patented low speed rotor to force mash through an outer mesh without rupturing starch grains, which is what can produce the dreaded wallpaper paste consistency. It operates on a similar principle to the potato ricer, but is powered by electricity, rather than elbow grease. 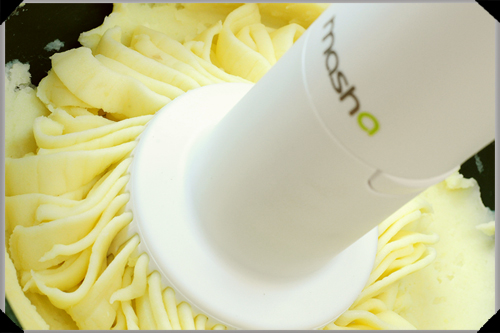 The Masha in action

So, without further ado, I boiled some spuds, added some butter and let the Masha do its Masha thing. And it did what it said on the proverbial tin, producing a smooth and creamy result, and quickly too, with less of a faff when it came to cleaning than your average ricer. A result, I would say, though in and of itself, a Masha is not a guarantee of good mash: you still need to pay attention to the type of potatoes you use – the drier the better, for my money – and to how you cook them (which for me includes even-sized pieces, gentle boiling and an observant eye). And though I expect I will use the Masha because it’s there, and be glad of it if called upon to mash spuds, roots or pulses in massive quantities, I won’t be relinquishing my ricer anytime soon; it’s good – and sometimes very, very good – for some things, at least, to remain unplugged.