Spud Sunday: Write Me A Weekend 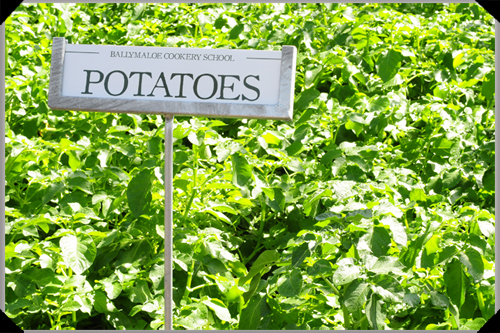 The obligatory spud shot:
potatoes getting their grow on under glass this weekend at the Ballymaloe Cookery School

The Ballymaloe Literary Festival of Food and Wine should come with a health warning: attending this event may leave you lost for words. This turns out to be a somewhat debilitating state of affairs when faced with the prospect of scraping together a few Spud Sunday syllables, which come to you here in a delayed Monday form (for which delay said LitFest can also be blamed). It is also testament to the world class calibre of this weekend’s line up which – with a Madhur Jaffrey here, a Jancis Robinson there and a Claudia Roden seemingly everywhere – gathered together the great and the good of food and wine writing and served a beguiling pick and mix of demos, tastings, walks and talks in the beautiful surroundings of Ballymaloe. With topics ranging from foraging to fermentation to food writing itself, there was no shortage of stimulation for both creative and digestive juices, and I expect I’ll be digesting what I’ve seen and heard for quite some time to come. 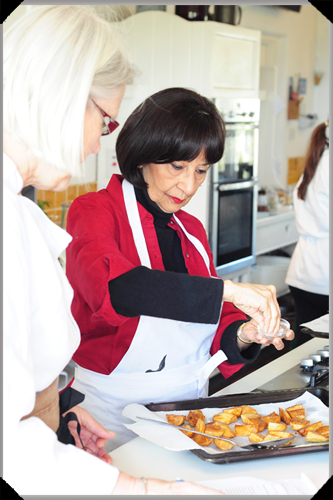 And of course (before you ask) there were spuds. Whether it was learning from Madhur Jaffrey the secrets of Aloo Gobi (which she described as a most beloved North Indian dish) or applauding Matthew Fort as he decried the use of humble to describe what is, after all, the most noble of vegetables, there were spud references aplenty. For those, it seems, I am never at a loss.