My mother’s recipe – 3lbs oranges, 2 lemons, 6lbs sugar, 6 pints water – as
scribbled in the margins of an old Good Housekeeping cookbook.
This makes somewhere in the region of 9lbs of marmalade.

This is how my mother usually makes marmalade. The measurements are approximate, the method instinctual. When she says ‘proceed as usual,’ this is more or less what she means.

She uses, along with fruit and sugar in the proportions above, a large, deep pot, some muslin, a collection of reclaimed jam jars and a lifetime of experience. 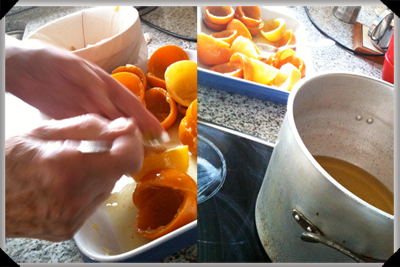 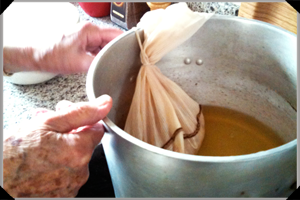 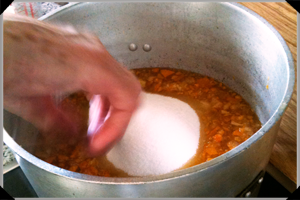 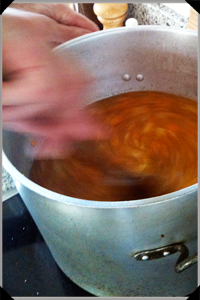 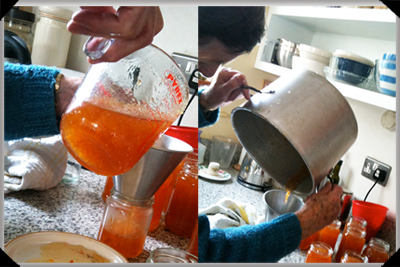 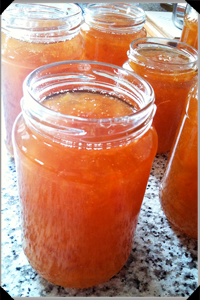