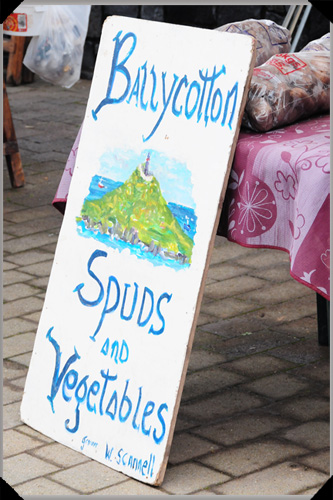 Ballycotton's finest: you know you're in East Cork when...

I seek ’em here, I seek ’em there, I seek them potatoes everywhere (a fact which, to be fair, will come as no surprise to even the most cursory reader of this blog).

And so it was in East Cork a few weeks back, when a trip to the Midleton Farmers’ Market by your intrepid spud reporter yielded a bag of Willie Scannell’s best. These are potatoes of quite some repute, grown on salty clifftop fields near the picturesque fishing village of Ballycotton and supplied, among others, to the renowned Ballymaloe House nearby, so I could hardly have let a trip to the area pass without scoring a bag or two. They crowned a visit to East Cork which had originated with an invitation to Barnabrow House. A few miles out the road from Midleton, and just shy of Ballymaloe, it had been my East Cork home for a night. 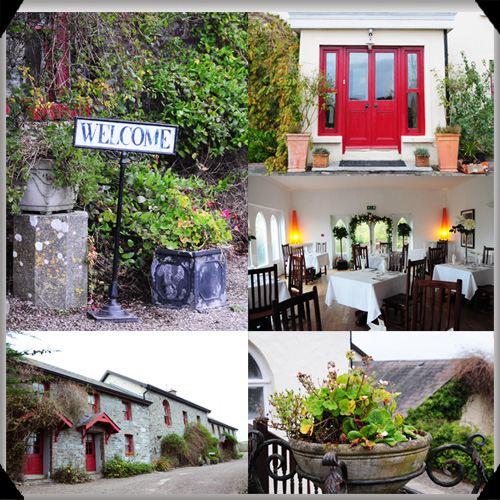 Barnabrow – from the Irish Bar na Brugha, meaning top of the fairy fort – is a 17th century country house, situated on 30 acres of parkland in East Cork, and accompanied by converted coach houses, an almost church-like ex-barn that serves as a restaurant space, some surprisingly expansive holiday cottages and several donkeys. Full of nooks, crannies and perhaps even a few friendly ghosts, their particular speciality is as a wedding venue and a destination for Sunday lunch. The house and grounds have been restored and developed over the last 15 years by Geraldine Kidd, whose much varied background includes training at (the very nearby) Ballymaloe Cookery School, stints at the Arbutus Lodge Hotel and Farmgate Restaurant, and a longstanding interest in organic growing. 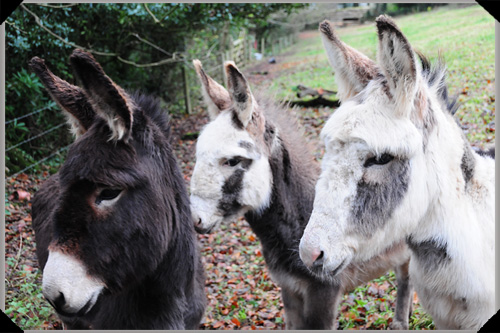 Donkeys at Barnabrow: part of the family

I, then, was one of a merry band of eaters kindly invited to Barnabrow to get a taste of what has been happening food-wise under the stewardship of Scottish chef Stuart Bowes, who joined them this summer, having come via Michelin-starred Chapter One in the UK, and a spell of cooking around Australia, where it was the charms of a woman from Cork which led him to this country, initially to Hayfield Manor in Cork City, before venturing eastwards to Barnabrow. Before we got down to the business of eating, however, Stuart had a chance to demonstrate the making of some of his dishes and, in so doing, to convey a sense of the kitchen philosophy at Barnabrow. 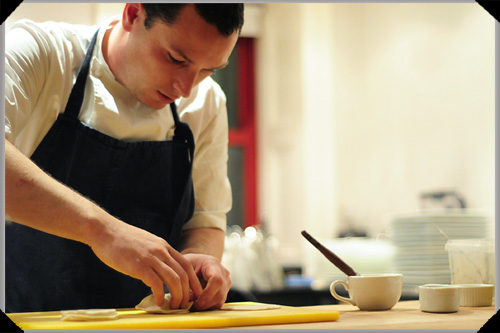 We haven’t come up with a menu just to make you happy.

That may have seemed like an odd – or even brave – thing for Stuart to say to the assembled group of invitees, most of whom are in the habit of writing about their food experiences, and whose sincere hope for any given menu is that it will make them very happy indeed. Context is, of course, all important, and the point that Stuart was making was that the dinner we were about to enjoy – for enjoy we did – was reflective of what they are trying to do at Barnabrow. That, in turn, is guided by what East Cork and, more particularly, the garden at Barnabrow can provide, with perhaps a little of Stuart’s Scottish accent thrown in.

On the table, that translated, among other things, into “cork-a-leekie” soup, with Barnabrow garden leeks, Dan Aherne’s organic chicken and prunes soaked in whiskey; poached and roasted loin of East Cork wild rabbit; and platters of home-smoked duck, oak-smoked salmon, terrine of Roscarbery pork, goats’ cheese from Cloyne, pickled Barnabrow artichokes and roasted Barnabrow beetroot, along with thoughtful dressings and kitchen fresh breads brought to the table for sharing – a style of serving which they are trying to encourage amongst their wedding clientele. 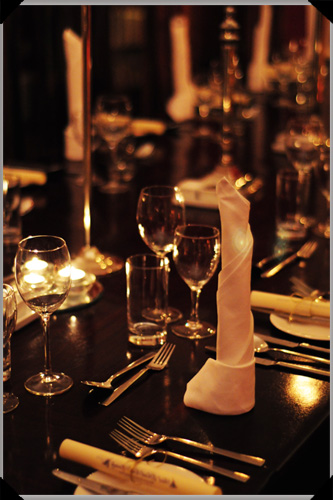 The table is set and dinner is served

Mostly, though, there was a sense of care in the food that matched the attention which has clearly been paid by Geraldine over the years to the surroundings in which it was served. For his part, Stuart says that, without the frantic rush of daily service, there’s more room to think out here – which is surely a good thing for the food that results – and his unassuming manner and calm, quiet confidence seem to suit both the place itself and life in the slow food lane. 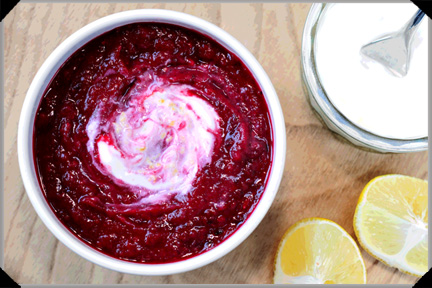 When I left East Cork, I inevitably came away with plenty of food to remember the trip by, including long sprigs of fresh, fragrant thyme, bold red chillis and beautiful beetroots, all freshly pulled by Stuart Bowes from the Barnabrow garden. 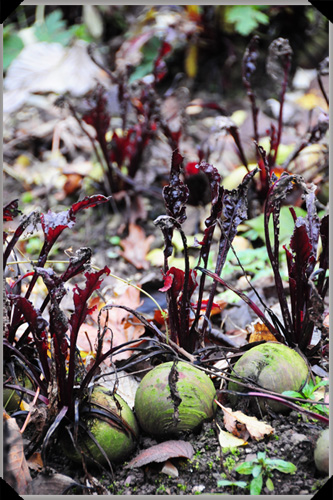 I also (of course) had those floury Ballycotton spuds and much else from the Midleton Farmers’ Market, including locally grown and fabulously exotic dried mushrooms from Ballyhoura Mountain Mushrooms. It seemed only appropriate to make something that would bring all of those things together, and this soup of beetroot and potato was the result. 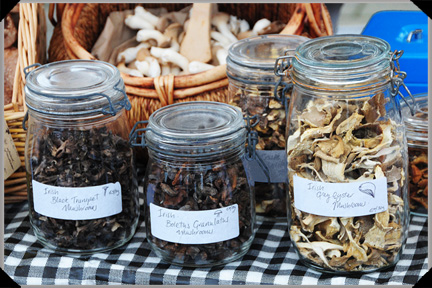 It’s a soup where beetroot is the star (and, to be fair, it is difficult to give beetroot anything other than top billing – its flavour, sweetness and colour demand it). The potatoes bring body and wintry thickness and, along with the mushrooms, provide an earthy chorus, while lemon juice and toasted cumin seeds bring some added character. It’s full of East Cork warmth.