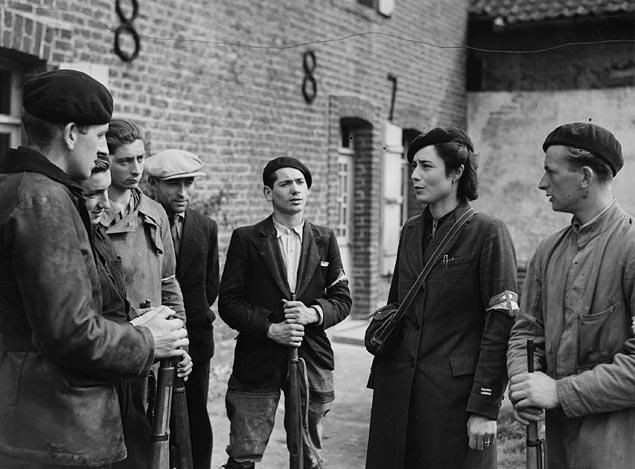 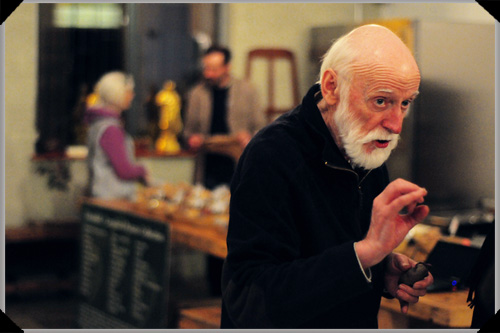 The Tastefest, held in the wonderful new Dublin 8 café space that is The Fumbally, centered around a tasting of Sárpo potatoes, grown by an army of SPUDS.ie volunteers. The event included stories, song, a host of potato characters and the Lissadell-Langford collection of heritage potatoes with potato heroes Dave Langford and Dermot Carey.

The point of the Tastefest was two-fold:

First, to validate the fact that, blight-wise, said Sárpo potatoes do what they say on the tin. Given that they were, by all accounts, grown with great success in a growing season that was otherwise severely blight-affected, that point was made and then some. David Shaw noted that varieties like Sárpo Axona have been shown to display resistance even in the face of newer, more aggressive strains of blight to which many traditionally resistant varieties succumb. They have a generally hardy constitution, including good drought tolerance and long dormancy, meaning that unrefrigerated storage is possible. All of this is, significantly, achieved without the application of GM techniques.

Second – and a rather important point this – to demonstrate that these were the kind of potatoes you’d actually want to eat. 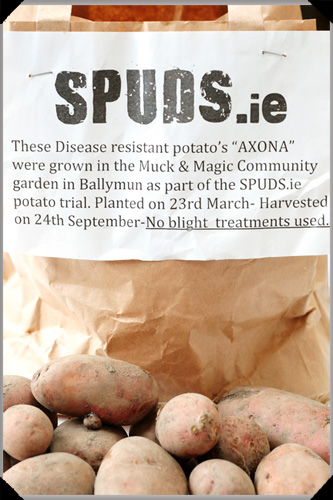 Sárpo Axona:
a yellow-fleshed potato with rusty-coloured skin, earthy flavour
and floury texture; it makes it an excellent potato for baking and roasting - and you know how much I like my roasties

If the popularity of the potato dishes served up on the day – made using Sárpo Mira, Sárpo Axona and Blue Danube potatoes, and including a potato-topped focaccia and some Spanish tortilla – was anything to go by, then the attendees certainly seemed to think these were indeed spuds worth eating. Thanks to some samples kindly given to me by Kaethe Burt O’Dea of SPUDS.ie in advance of the Tastefest, I had come to the same conclusion myself. While some find the texture of Sárpo Mira to be a bit dense, the Sárpo Axona, in particular, has good flavour and a texture that should satisfy the classic Irish taste for a decent, floury spud. The Blue Danube, though not as dry in texture, seems to have been a hit flavour- and otherwise with those who grew it. 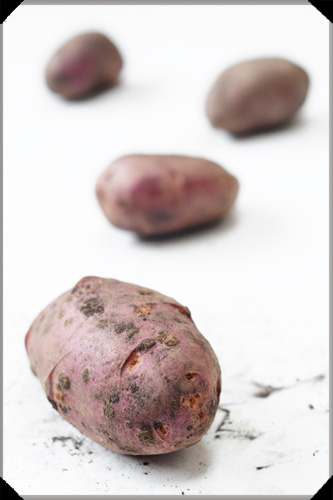 On the basis of growers’ experience, then, these are potatoes that should have a bright and relatively blight-free future, though their ongoing development hangs by a slim funding thread. If you’re interested in supporting David Shaw’s work at the Sárvári Trust, you could do worse than to take a look at their crowd-funding appeal to support the development of a new Sárpo variety or get involved with SPUDS.ie and become part of the blight resistance movement. Wearing of berets is optional.