I am well and truly awash with cookbooks these days. Yet another brace of books has come my way, joining what is an already noisy chorus of volumes on my shelves (some of whom, it must be said, have more to shout about than others). These newcomers, though, do, I think, present reason enough, each in their own right, to make their voices heard in the cookbook crowd. 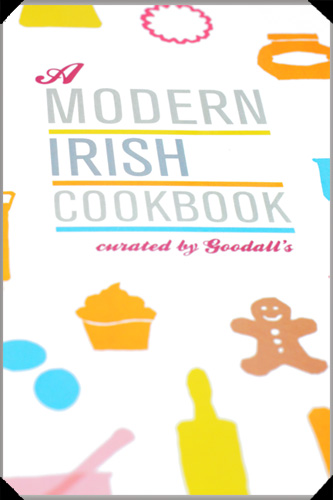 Goodall's Modern Irish Cookbook:
the bloggers-eye view on what Ireland is up to in the kitchen

In the case of the first book, I will first freely admit to a certain degree of bias. Goodall’s Modern Irish Cookbook, launched last Thursday in the Merrion Hotel, is a collection of recipes from Irish bloggers. And yes, as noted in this Saturday’s Irish Times, yours truly is a contributor (just look for the sentence containing the word potato – always a good chance that you’ll find me nearby). 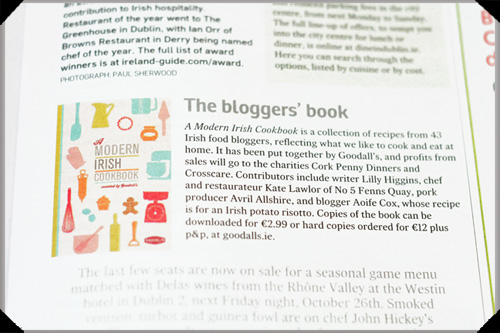 Making the news: Goodall's Modern Irish Cookbook (and my good self) in the Irish Times

With around 50 recipes from bloggers across the country, the book, says the introduction, is “inspired by traditional Irish cooking and ingredients, but updated to reflect the way we cook today.” The recipes you’ll find therein are, almost inevitably, as diverse as the personalities creating them, and you may debate amongst yourselves the degree to which they represent modern Irish food and modern Irish eating (to paraphrase that famous line from George Orwell’s Animal Farm, while all of the recipes are Irish, some, perhaps, are more Irish than others).

For me, the collection is at its best when it showcases and celebrates Irish ingredients, and it does so in a multitude of guises, from Duck with Dulse Mash, Rhubarb Compote and Black Pudding Croquette by Ethna of Ethna Cooks Everything to Irish Farmhouse Mac ‘n’ Cheese from Kristin of Edible Ireland and Cheddar, Stout and Black Pudding Bread by farmer and force of nature Avril Allshire-Howe of Rosscarbery Recipes. If you’re curious to see this snapshot of what we’re cooking, eating and blogging about in this country, you can download e-copies of the book for €2.99 from the Goodall’s site or order a nicely printed copy for €12, with proceeds going to charities Cork Penny Dinners and Crosscare Dublin Food Bank. 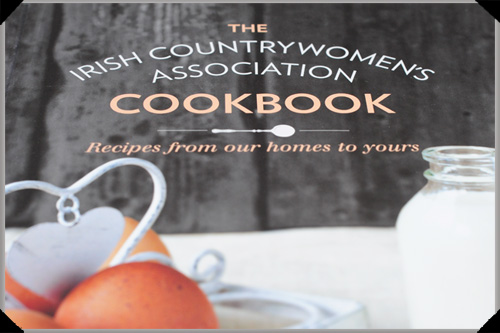 The second book to elbow its way onto my bookshelves lately, The Irish Countrywomen’s Association Cookbook, is a more substantial and polished affair. With a network of 700 local guilds throughout the country, the ICA has been a feature of rural Ireland for over 100 years and, while many local ICA cookbooks have been produced, this is the first collection of favourite tried and tested ICA recipes, from mammies and grannies all over the country.

As general editor Aoife Carrigy notes in the book: “there are lots of very traditional recipes tucked throughout these pages, many with interesting twists … distinctly Irish but with international influences too.” She also notes that the contributors can often have very different approaches to cooking – from those who cook from scratch to others who “believe life is too short to boil bones” (and in this they are every bit as diverse as, oh, a bunch of food bloggers, say).

While the book has that reassuring mammy-dinner feel to it – think Shepherd’s Pie, Meat Loaf and Irish Stew – those mammies, in between doling out tips on budgeting, baking and cooking for a crowd, have also branched out into Chilled Avocado Soup, Spiced Couscous Salad and Courgette Jam. The book, as a whole, allows the reader to take a peek, through a country-wide kitchen window, at what exactly is getting cooked and eaten therein. Given recent coverage on the increasing incidence of food poverty in this country – it is a portrait of what, if we’re lucky, our own mammies are making and baking for us.

For all that I enjoy using potato in unexpected ways – and my recipe for potato ‘risotto’ in the Goodalls Cookbook is a case in point – I also love the downright traditional, and was attracted to the homely comfort of potato scones, one of the recipes submitted by the The ICA Adult Education Centre in An Grianán, Co. Louth for inclusion in the ICA cookbook, and a great accompaniment to a bowl of soup or a good ol’ fry up.

The recipe in the book closes thus: “Best eaten hot with lots of butter.” If I were a potato, I’d have that etched on my gravestone. 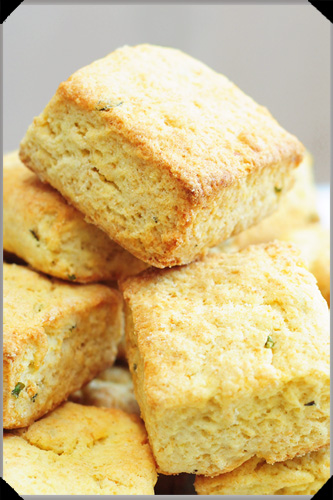 Seriously though, these are scones that should, ideally, be scoffed not long after they exit the oven (and the addition of butter is, of course, highly recommended). Adding a large amount of mashed potato to a scone is great for flavour – not to mention a great way of using up leftover mash – but it inevitably introduces moistness, so the crust of the scones will start to soften after a few hours. If you do have scones that have softened, don’t despair – you can always split and toast them, or reheat in a pan, before you butter them up.

The recipe below is adapted slightly from the one in the ICA book. I’ve used rosemary as my choice of herb flavouring and used an egg to bind instead of milk – this makes the scones a little richer and will result in a slightly drier texture when baked. I also like to brush the tops with some good olive or rapeseed oil for a bit of extra flavour and crustiness when just baked.