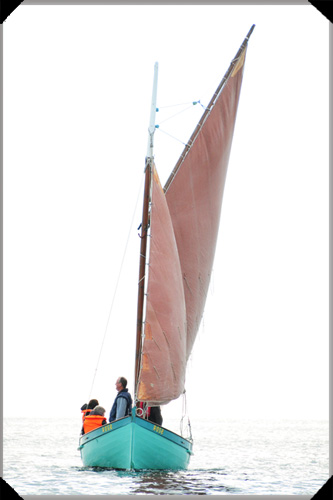 Today will see that wood-fired oven pressed into even greater service, with a much-anticipated day of kneading and rolling and baking ahead at Heir Island’s newly established Firehouse Bakery and Bread School with owners Patrick Ryan and Laura Moore, and upon which I shall report in due course.

Having thus neatly, in the space of a weekend, taken care of loaves as well as fishes, what you might wonder – given my well-established predilection – of the spud? This is where, from my point of view at least, things may possibly get even better.

Tomorrow sees me staying in this corner of the country for the start of the Taste of West Cork food festival which takes place in and around Skibbereen and which, it gives me great pleasure to report, is making a particular point of celebrating the spud this year. If you’re in the Skibbereen area this Monday the 10th (that would be tomorrow in other words), head across to the Liss Ard Estate for an evening of potato-based discussion and debate, with some spudly drama and tastings thrown in. Speakers include Éanna Ní Lamhna, President of An Taisce and regular contributor to RTÉ’s ‘Mooney goes Wild’, food historian Regina Sexton and, yes, I will be there too. I also hear talk of potatoes on menus and rumours of an attempt to enter the Guinness Book of Records for the most varieties of potatoes baked and tasted in one place. Chances are I might never leave.