Don’t forget, there’s still time (if you’re reading this on Sunday 26th, that is) to add your name to the hat for some spuddy goodies from Keogh’s. Pop over here, leave a comment and come right back now, y’hear? 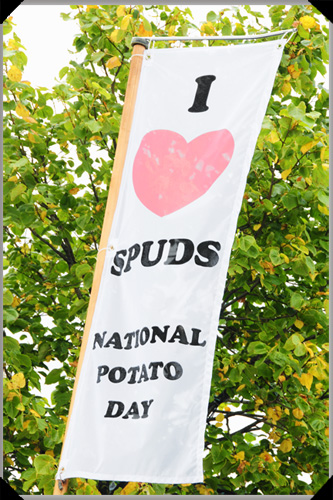 So that’s it folks, another National Potato Day over.

It may seem a small thing but, when I started this blog almost four years ago, no such day existed. Then, in what was truly an inspired marketing move, spud-farmers-turned-crisp-manufacturers Keogh’s got the ball rolling last year with the inaugural potato shindig, and while they are still the main movers behind National Potato Day, it’s an event that, to me, has clear potential to grow in years to come (but, there again, I would say that). 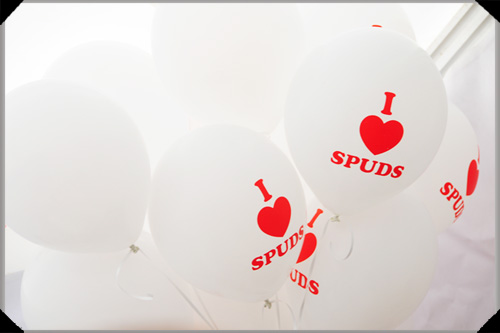 I need some of these for my next party...

Yesterday, and in fact for the past several days, Keogh’s pitched their stand – complete with John Deere tractor and plenty of samples of their crisps and spuds – in amongst the crowds attending this weekend’s Tall Ships Festival in Dublin.

Though they were clearly there to take advantage of the passing punters, it seemed, to a spud anorak like myself, an entirely appropriate venue, given that sailors were probably the first Europeans to consume potatoes with any regularity. After Columbus made landfall in the Americas in 1492, the Spanish got busy conquering various parts of South America and potatoes, then unknown in Europe, were soon a standard supply item on their ships. They were a boon to sailors on long sea voyages, not alone for their keeping qualities but also because their vitamin C content meant that potatoes warded off scurvy, and while scurvy is not exactly an issue for most of us nowadays, there are still – as any potatophile will tell you – plenty of good nutritional reasons for the regular inclusion of some potatoes on your plate. 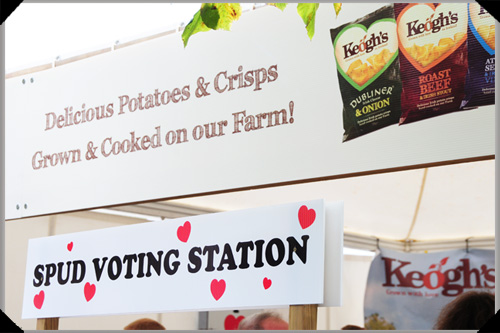 Back at the stand – where there was no shortage of I ♥ Spuds bags, I ♥ Spuds badges and even I ♥ Spuds iPhone covers – Keogh’s, in what amounted to yet more clever marketry on their part, were also continuing to push their petition to make the potato the national vegetable of Ireland. Though the reaction of many was to wonder, naturally, if the spud was not already the veg of the nation (with cabbage, to my mind, being the only creditable competitor), they were still signing up in numbers. Can’t wait to see what happens when the collected signatures are presented to the powers that be – wouldn’t it be nice to forget about the banks and the economy for just a while and make the next political hot potato a real potato at that. 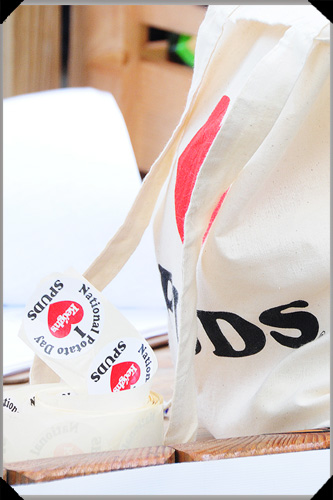 Spud bags and spud badges:
is it mere coincidence that the 'DS' in spuds stands for Daily Spud?
I think not...