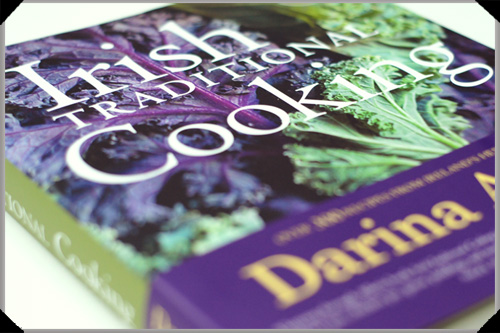 Amongst recipes from legendary Irish cookery writers like Maura Laverty, you’ll find others in the book that have been gleaned from family recollections or from newspaper cuttings kept down through the years. The book started life when Darina wrote to regional papers looking for readers to send in their old recipes, and she travelled up and down the country in the pursuit of same. Recipes with names like protestant lemonade and cocklety soup alone make this a book worth reading, though it is a work that is much more than the sum of its collected parts. It is evocative of the landscapes and people of times past, and of a way of life and of eating that has become increasingly rare. 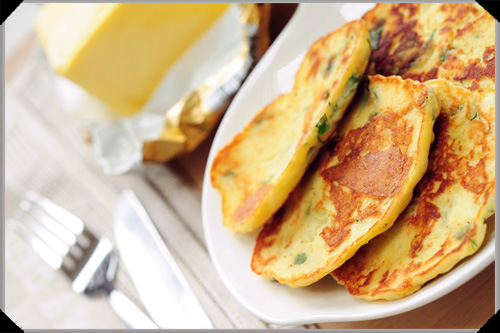 Potato drops, one of the many potato recipes in Darina's book

The chapter on potatoes – because of course, in a book like this, they warrant a chapter unto themselves – includes many variations on the classics of champ, boxty, colcannon and potato bread, as well as dishes with wonderful names like bruisy (potatoes mashed with butter and young nettles), stampy (grated potatoes mixed with flour and egg and fried), stovies (sliced potatoes, fried with onions and beef dripping), poundies (potatoes mashed with butter, salt, pepper and gravy) and pandy (potatoes mashed with lots of butter and cream). I wanted to curl up and pull them around me like a big comfort blanket. With these potato drops, that’s exactly what I did.

Darina Allen reports that this recipe appeared, probably in the 1970s, in Biatas magazine, which was sent to farmers growing sugar beet for the (now essentially defunct) Irish Sugar Company, and that a lady called Lizzie Dunne had cut it out and kept it.

In essence, these are yet another variation on the potato pancake – in this case, made with a simple mix of mashed potato, milk and egg – and (though I imagine it was the furthest thing from the recipe author’s mind), they are ones which have the advantage, for those who have a need or wish to avoid it, of being gluten-free.