You know what they say – if you want to get something done, ask a busy person, and Sheila Kiely is nothing if not busy. Mother to six, including two sets of twins, Cork-based Sheila is now also the proud parent of her first cookbook, Gimme The Recipe, to go with her blog of the same name. 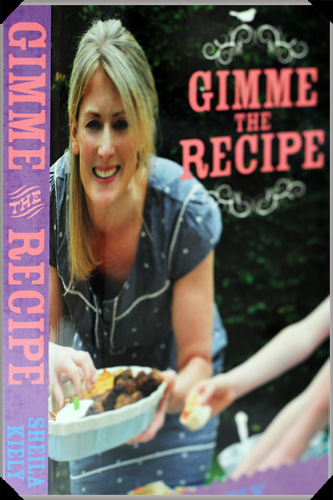 The back cover of the book tells you that this volume is about easy food ideas for said busy people, recipes that don’t involve long lists of ingredients or anything that you won’t find at your local supermarket. It’s all honest-to-goodness, family-friendly stuff – think beef stew, lasagne and homemade chicken nuggets, as well as brownies, tarts and crumbles – along with practical ideas for family gatherings and tips on getting kids involved in the kitchen. In other words, and as Sheila herself describes it, it’s a book that hopes (and I suspect, succeeds) in answering, in a very practical and accessible way, that perennial question of “what’s for dinner Mom?”

On the spud front (because, let’s face it, that is my singular obsession in life), Sheila’s book includes a number of simple, classic recipes, namely for stuffed baked potatoes, potato wedges and crispy potato skins. What I liked about the potato skins recipe was the sheer practicality of it all – if you’re preparing mash for dinner, then here is a speedily prepared snack for hungry kids that can be made from the peelings that you would probably have otherwise discarded. 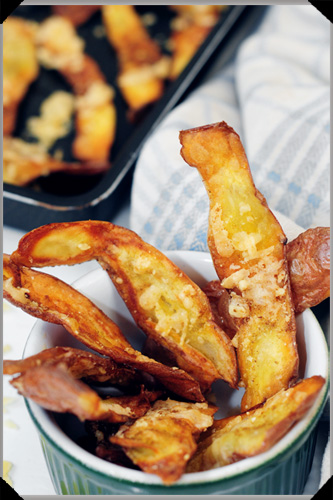 It also reminded me of how easy these are to make, and prompted me to stop what I was doing and just go make some, because there really is very little effort involved – just take your peelings, toss in oil, season, bake, then add a little cheese at the end. Sheila uses olive oil and cheddar cheese, I adapted things slightly and used some mature Coolea cheese and rapeseed oil, along with a little sprinkle of ground cumin, because that’s how I roll.