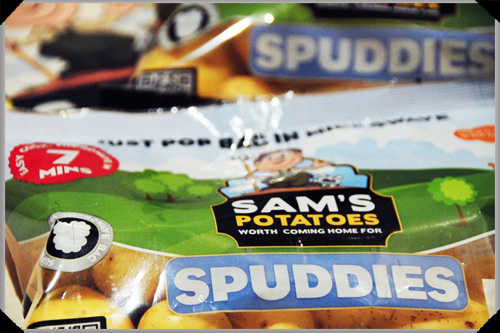 While I still hold that potatoes are easy to cook as they are, it’s hard to deny the sheer handiness of the microwaveable bag, and if it prompts the modern shopper to add potatoes to baskets which were previously spudless, then that’s a good thing. It also seemed only right and proper to incorporate my sample spuddies into a very quick, simple and (yes) convenient meal. 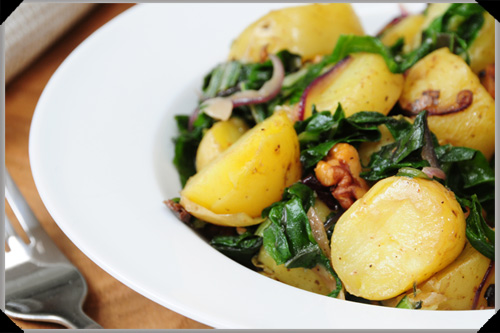 So here’s what I made with my spuddies. Since convenience was the name of the game, I wanted to make something where the rest of the dish could be put together in give-or-take the amount of time it would take you to cook the potatoes (whether you go for all out, microwaveable convenience or go the conventional steaming route, which, especially in the case of baby potatoes, I still say is a pretty convenient way to go). You can think of this as a warm salad, equally good on its own or a side-dish, or you can make a meal of it along with some scrambled or poached eggs.