Spud Sunday: Falling Out Of Flavour?

I was just on my way out the door last Thursday when I heard it first. Right at the end of the Morning Ireland radio show on RTE.

The interviewee was Lorcan Bourke from Bord Bia and the subject was spuds – specifically, that our renowned Irish love of the tuber was on a downward trajectory, at least if the steady decline in spud sales was anything to go by. I, needless to remark, was all ears. 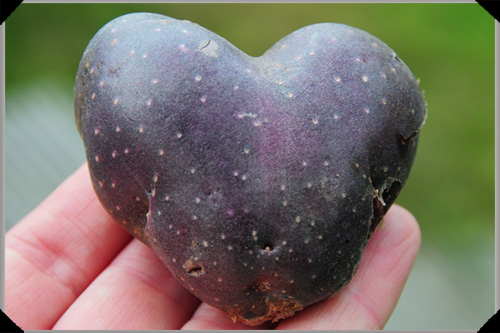 I mean seriously folks, what's not to love?

“It’s still our number one carbohydrate,” Lorcan was at pains to add (and recent research from the Irish Universities Nutrition Alliance, which indicates that potatoes, in some shape or form, are eaten by at least 93% of the adult population here, seems to back that up), but other carbs, most notably pasta and rice, have gained traction in the last couple of decades. Though we’re still bottom of the international pasta league (according to the European Pasta Makers Union, pasta consumption per capita in Italy is more than 25 times what it is here), the fact is that we are eating steadily more of the stuff, while the spud’s position as king of the Irish carbs is not as dominant as it once was.

In response to this, Bord Bia have commissioned market research to explore exactly why it is that we are increasingly choosing alternatives to the potato. Compared to the likes of pasta and rice, convenience, ease of preparation and length of cooking time all tend to count against the spud, and Lorcan indicated that Bord Bia would also be looking at what they could do to address that. 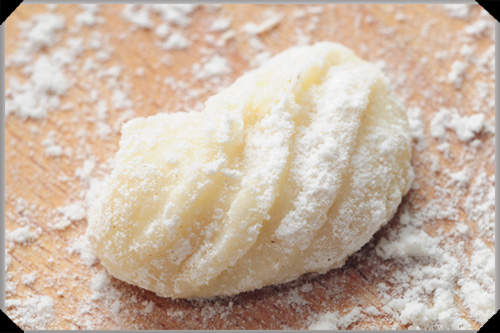 Where pasta and potatoes meet: maybe gnocchi are the answer...

I wandered on my way after listening to the interview, but kept an ear on the airwaves for the rest of the day. Such is the interest that the spud generates in Ireland, that there were several other radio commentaries on the subject, articles (such as these in the Independent and The Journal) and a piece on the evening Six One News featuring recent Irish MasterChef winner, Mary Carney. I was even contacted myself by Spin South West radio, wondering if I would have a chat about it on their weekend talk programme. That’s how I found myself on air yesterday, talking about my favourite subject.

Among other things, presenter Catriona Mulcahy asked me to give the listeners some ideas on how to spruce up their spuds, citing that oft-heard complaint that potatoes can be boring and bland (whereas clearly, in my book, they are anything but). I tossed out a few ideas but, after the interview, I thought it would be useful to put together a bland-busting list of simple but effective ways of getting flavour and interest back into your basic spuds. Beyond adding butter I mean.

So here’s my top ten. What would you add to the list?

1. When boiling potatoes, always remember to salt your boiling water well: Potatoes will absorb flavours, including salt, from the boiling water and – though you might accuse me of stating the blindingly obvious – it remains one of the most important things, flavour-wise, that you can do for your spuds. I usually add about 2 teaspoons of fine salt to 1.5 litres of water for boiling.

2. Add other flavours to your boiling water: Why limit yourself to salt in the boiling liquid? Try adding a few lightly crushed cloves of garlic and/or a sprig of rosemary or thyme, or perhaps some mint leaves to the boiling water. The effect on the flavour of the cooked potatoes is subtle but effective.

3. Keep the skin on: There’s a concentration of flavour in the potato skin, so I often prefer to leave skins on where I can, or I sometimes use Heston Blumenthal’s trick of placing potato peels into a bit of muslin and adding them to the water when boiling peeled potatoes. It makes potatoes taste more potatoey.

4. There are lot of ways to add interest to plain mash: Apart from the butter, milk or cream that usually gets added, some of my favourite mash extras are:
– mustard
– roasted garlic
– toasted pine nuts
– pesto
– chives
– spring onions
– parsley
There are, of course, lots of other possibilities besides (caramelised onion and crumbled crispy bacon bits, anyone?) Also remember that you can vary the dairy part too – try browning your butter first or replace milk or cream with yoghurt, sour cream or crème fraîche – and you can always add other vegetables (a mix of half-and-half celeriac and potato is my personal favourite).

5. Dress your potato salads while they’re still warm: If you’re cooking potatoes to use for a salad, add your dressing when the spuds are still warm as they’ll absorb it better. And remember that potato salads don’t have to be mayonnaise-laden – ones like this, with an oil-based dressing, are good too.

6. Spice up your fried potatoes: If you’re frying up some leftover spuds, throw a few cumin seeds and/or mustard seeds into the oil and let them sizzle briefly before adding the potatoes. You could also add a little fresh chilli for a bit of heat and/or some chopped garlic and ginger and finish with a bit of chopped fresh coriander.

7. Roasties: I’ve had a lot to say on the subject of roast potatoes both here and here but, for me, one simple, stand-out way of making a big flavour difference is roasting potatoes with bay leaf.

8. Baked potatoes: You are limited only by your imagination when it comes to filling a baked potato – and I’ve certainly had a few thoughts on that most self-contained of meals – but, often, adding a bit of cheese and onion is good enough for me (and goodness knows there are a lot of fine Irish cheeses to choose from).

9. Soups & Stews: While potatoes often play a supporting role in soups and stews, they’re happy with a starring role too – and no better example than a classic potato and leek soup – where garlic and thyme also help to bring out the best in the spuds.

10. And there’s more: Potatoes are truly the ultimate in versatility. In addition to the basics above, there are a host of other ways in which potatoes can be prepared – gratins, potato cakes and pancakes, pies and quiches and not forgetting homemade chips and crisps. So, what are you waiting for?