As Cheesy As One, Two, Three

Well, well, well, can it be three years already? Three years and much adventuring since my I took my first tentative blogging steps here at The Daily Spud. 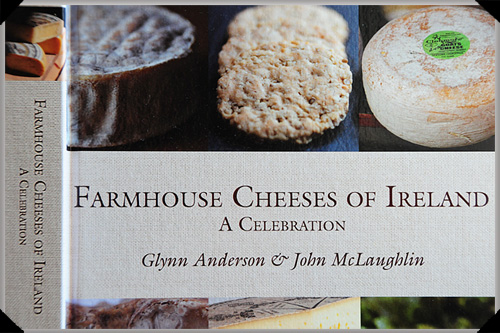 New book on the block: Farmhouse Cheeses of Ireland 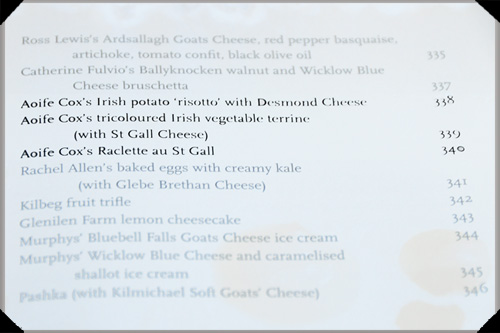 Now, you’d hardly expect a completely unbiased review of the book, given that (a) I know the authors and (b) my recipes are included, but it says a lot about Irish cheesemaking that there is scope for such a book in the first place. Until its revival in the 1970’s and 1980’s, farmhouse cheesemaking in Ireland was a tradition that had largely died out.

These days, there are on the order of 60 registered farmhouse cheese producers in Ireland making probably close to 200 distinct cheeses, with more than a few world class cheeses among them. Helen Finnegan from Knockdrinna recently took top honours at the British Cheese Awards, winning the overall Supreme Champion accolade for her Kilree goat’s cheese, while last week saw the second annual Irish Cheese Awards at Shop Expo in Dublin’s RDS, with 14 different categories and more than 150 cheeses entered. Farmhouse cheesemaking in Ireland has come a long way and Glynn and John’s book introduces readers to the cheesemakers who are making it happen. The book describes their significant cheeses and (as you have no doubt guessed) whets appetites further with a selection of cheese-filled recipes. Along with Bord Bia’s Guide to Irish Farmhouse Cheeses published earlier this year, it represents a great resource for anyone interested in the ever expanding range of fine Irish cheeses. There remains little else to add, except that I can think of no better way to celebrate my blog-o-birthday than with piece (or three) of that selfsame Irish cheese.

Look out for events during Bord Bia’s Irish Farmhouse Cheese & Craft Beer Weekend, which takes place during the October Bank Holiday Weekend, 27th – 31st October 2011. With a growing number of craft brewers emerging in Ireland, Bord Bia aims to raise awareness of both our farmhouse cheese and our craft beer, and to show, as at events like this one, that one can be an excellent accompaniment to the other.

If you prefer a drop of wine to go with your cheese, then you might be interested in the opportunity to taste a range of Portuguese wines at the Portuguese Wine Fair being held on October 24th in the Radisson Blu Hotel on Golden Lane in Dublin 8. The event is open to the public from 6.30pm to 8.30pm and tickets, priced €15.00, are available from Jean Smullen – ph. (086) 816 8468 or email jean@jeansmullen.com.