Spud Sunday: Those Other Potatoes

It may surprise, or even shock you to learn that, in almost three years of writing this blog, and with its avowed affection for all things potato, that sweet potatoes have never been called for in any of the recipes published herein. Yep, that’s right, not once. Ever. Have a looksee and you’ll find that those other potatoes barely even warrant a mention.

It’s not that I don’t like sweet potatoes – quite the contrary – but, not being a common vegetable in these parts, they tend to be a bit of a rarity in my kitchen. The truth of the matter, frankly, is that I don’t think of them as potatoes at all. That, in turn, may have something to do with the fact that, botanically speaking, the two are not even closely related. 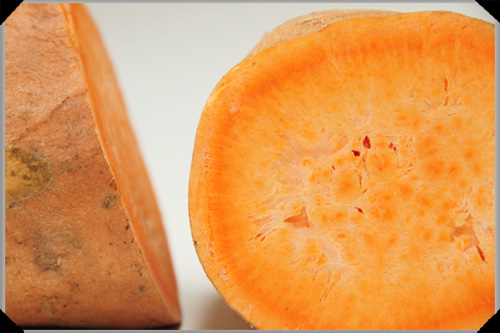 The sweet potato (Ipomoea batatas) hails from the Convolvulaceae family (now there’s a mouthful) and (if I may refer to it as such) the true potato (Solanum tuberosum) is a member of the family Solanaceae. When Columbus was doing his discovery of the Americas thing in 1492, he and his followers found the sweet potato cultivated as a staple throughout the Caribbean, where it was known as batatas. When the potato (which was known as papa in the Andes) was later brought across to Europe, their similar external appearance and underground nature caused the names of the two vegetables to become confused, and they have been joined in name, if not origin, ever since. It also has to be said that, related or not, they get along quite well on the dinner plate too.

I was reminded of that fact when I was perusing Catherine Fulvio’s new book, Catherine’s Family Kitchen. Included throughout the book (and possibly my favourite part of it) are her ‘5 Ways With’ sections – suggestions for five quick and easy ways with things like soup, soda bread, pasta and mash. Unsurprisingly, most of the entries under mash are ones with which I was already familar – such as adding celeriac or roasted garlic, pesto or wasabi – but a mash of potato, sweet potato and lime was one I hadn’t tried, and so, in the interests of finally bringing the two potato worlds together, I thought it was about time that I should. 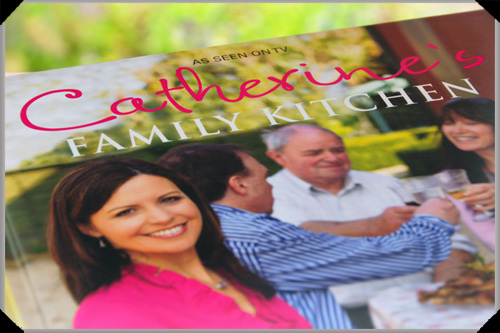 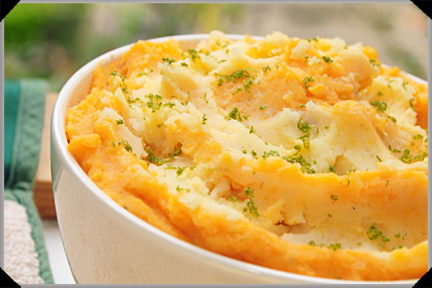 In Catherine’s book, her instructions are to simply to mix half and half potatoes and sweet potatoes, adding lime zest and juice, plus butter and cream. The recipe below adds little to that, other than to suggest specific quantities and to call for the addition of some cayenne pepper, which I think adds a nice extra dimension to the sweet and tangy whole.

Also, given that the dish combines white(-ish) potatoes, orange sweet potatoes and green lime zest, I didn’t miss the opportunity to give this a somewhat patriotic Irish presentation, by keeping aside some of the plain potato mash and lime zest so that they could be swirled in and sprinkled, respectively, for a bit of green, white and orange action.

To prepare the potatoes and sweet potatoes, you can boil or steam according to your preference – if you have a vegetable steamer that can accommodate multiple tiers, that’s probably the most convenient way to prepare both at the same time and using a single burner.