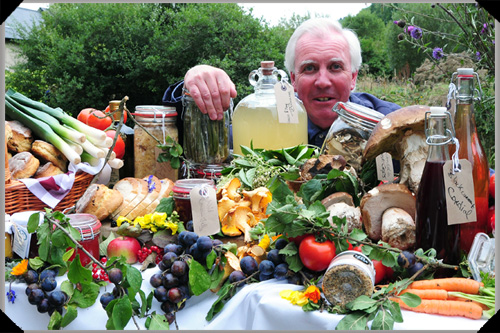 The event comprised three panel-based discussion sessions covering issues relating to the traditional Irish farm, the role of education and marketing brand Ireland. Though each had their merits, it was probably the opening session on the Irish farm that provoked most comment, not least because we all knew deep down that, without our farms and farmers, we would have no food industry to speak of.

The trouble (or not, depending on your perspective) with Irish farms is that they tend to be small – the average farm size across the IFA‘s 89,000 members, for example, is only about 60 acres. While it is this very patchwork of family farms that may delight the visitor to the Irish countryside, economically, many of these farms are deemed unviable. Despite low farm incomes however, less than 5% of farms have diversified into other areas that could add value, such as cheesemaking or tourist-related activities, often because they lack the time and/or additional skills to do so.

You can either light a candle or curse the dark.

Denis Carroll of the Ring of Kerry Quality Lamb Group.

Dr. Aine Macken-Walsh of agriculture and food development authority Teagasc presented a model of ‘Middle Agriculture‘, which is based around developing a federated co-operative structure for these mid-sized farms, and which could help to provide a skills base and marketing network to facilitate small food businesses. An interesting development, certainly, but meanwhile, some farmers, like the Ring of Kerry Quality Lamb Group, are already doing it for themselves. A group of over 25 sheep farmers, they have partnered with local butchers in order to provide lamb directly to customers and provide a better return for themselves. It’s a model that can work.

Now, don’t you dare boil the hell out of it…

Darina Allen on introducing cookery students to the growers of their beetroot.

The education session was probably a little less conclusive. It was clear that there exists a certain lack of cohesion when it comes to educating the farmers, food producers and chefs of the future. No-one disagreed with the fact that we could do better – especially with the teaching of practical skills and crafts – but what exists in terms of education about food is less a coherent national strategy than a set of largely independent, if worthy, initiatives (such as SEED, for example, which aims to turn school gardens into living classrooms). Darina Allen, who chaired the session, was practical and commonsense as ever, and stressed the need to connect those who grow with those who cook – no real surprise from someone who runs a cookery school sited on a 100 acre organic farm, and of which it is an integral part.

Our food story needs to be told.

Simon Coveney, Minister for Agriculture, Food and the Marine

Finally, the discussion moved on to the development of an umbrella brand for Irish food. Nobody in the room was in any doubt about the fact that we have food that’s worth shouting about, but Una Fitzgibbon from Bord Bia outlined some of the perceived negatives that we need to tackle when it comes to food exports. One such is an association in people’s minds of Irish food with British food, food which, whether merited or not, has a rather unenviable, stodgy reputation. Another is the perception that our adverse weather conditions must make it hard to farm, whereas our temperate, maritime climate – yes, the one that gives us all that rain – is the very reason for our green, green grass and the quality of dairy products and beef that results.

Forget about the term artisan, we’re just doing with food what should be done with it.

Negative perceptions aside, however, the outlook for Irish food is hugely positive. Whether you refer to them as artisans, food producers or people who are simply trying to make a living off the land, the truth is that ours is a story of remarkable people and their remarkable food. We just need to get on with the telling of it. 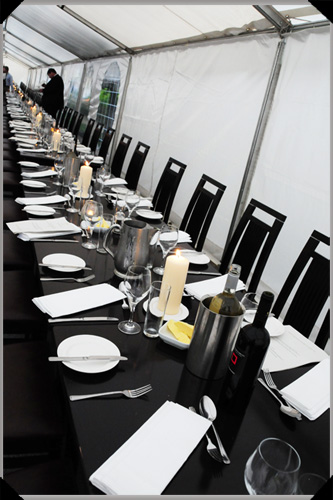 The table is laid at Brooklodge for the Summer School
attendees - nothing left to do but eat... 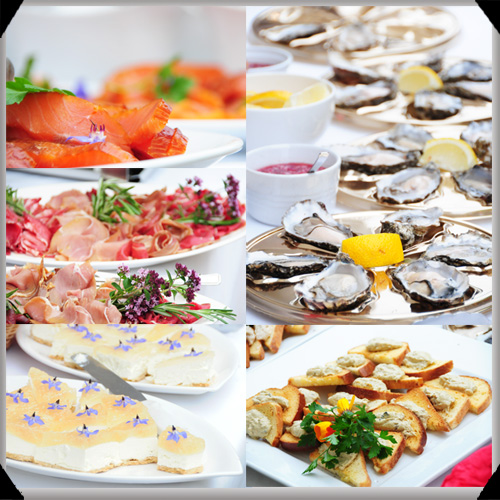 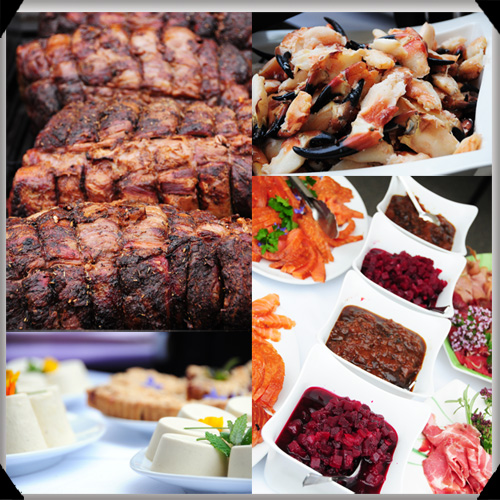