Spud Sunday: Mixing It Up

Well, whaddya know, kitchen wishes really can come true. Where once there was a mixing bowl and a wooden spoon, there is now, in my kitchen, a shiny new stand mixer. It’s all thanks to some more than generous wand-waving by the Fairy Hobmother. 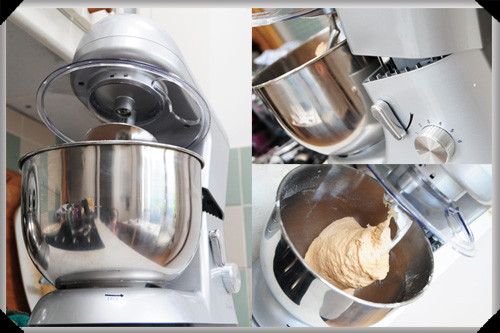 Er, the Fairy Who?

The Fairy Hobmother has been winging her way around cyberspace of late, granting wishes to bloggers on behalf of the folks at Appliances Online. A few weeks back, I left a comment for her regarding my mixerless state over on Smörgåsblog. Lo and behold, just a little while later, my wish was granted, and then some.

Better again, though, is that it could be you next. Leave a comment on this post describing your kitchen wish and she just might visit you too.

As for the wished-for mixer, it seemed only right and proper to put it straight to work. 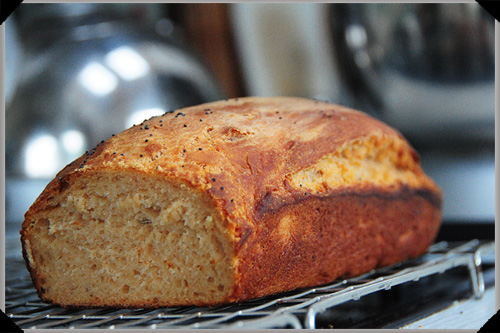 Figuring that I could get my new machine to handle what was previously manual kneading, I decided to get mixer operations underway with some yeasty bread.

The recipe below is really just an adaptation of this one for potato bread, with freshly puréed tomatoes added instead of milk, along with a good handful of grated parmesan and some fennel seeds. Use for sandwiches or have some lightly toasted and buttered.