“Will I bring you Mum’s copy of Full and Plenty?” big sis #1 had asked.

There was only one possible answer to that question, and that was a resounding yes please.

Maura Laverty’s book, a classic of Irish cooking, was one I remembered clearly from childhood, both at home in my mother’s kitchen and, later, in my sister’s house, the book having been passed on to her when she got married. 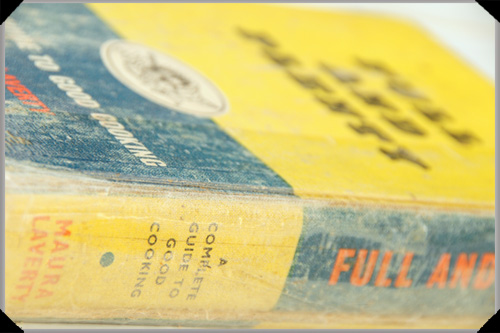 My Ma's well-worn copy of Maura Laverty's Full and Plenty

As a child, I has read and re-read the book. Maura Laverty prefaced each chapter with wonderfully written stories from her home place of Ballyderrig that revolved around food, cooking and its place in the lives of her family and community. Whether it was the story of Statia Dunne’s “monarch among stews” that had won her a husband (and – take note ladies – “at an age when she had almost given up hope”) or the love of cowslips that allowed the author to become acquainted with Mrs. McKey’s fruit roll, I drank it all in. I also exercised my early baking muscles on the book’s substantial store of recipes.

Originally published in 1960, the inscription on the inside of the book’s front cover shows that my mother received it as a present from her parents in the Christmas of that year. Now, over 50 years later, it is well-thumbed, liberally sellotaped and mine. 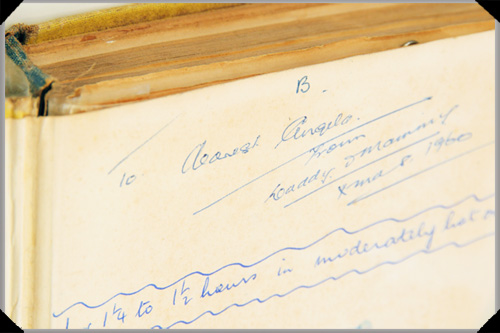 The inscription reads: To Dearest Angela, from Daddy & Mammy, Xmas 1960

With copious recipes either pasted in or hand-written onto the available blank pages, having the book is a wonderful record of some of the food that my mother cooked over the years. More than that, though, it’s also a window onto what Ireland, in general, was eating 50 years ago and a reflection of our attitudes to food at the time.

The book undoubtedly has a plain, wholesome feel to it, and there is a greater consciousness of thrift, with recipes for both “everyday” and “Sunday” gingerbread (the latter calling for more sugar, an extra egg and butter instead of margarine). It also displays a matter-of-factness about nose-to-tail eating, with recipes included for everything from boiled ox tongue and baked sheep’s heart to fried tripe, something you’re much less likely to find in more modern cookbooks. The author also shows, however, that there are some things about the quality of ingredients produced in this country that, thankfully, haven’t changed: “…we enjoy better-flavoured meat, … creamier milk, richer butter and cheese …” – words we would do well to remember. 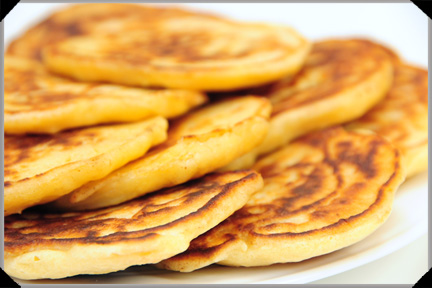 As I leafed through Full And Plenty once again (parts of which were, by the by, re-issued as a slimmer volume a couple of years ago), I was drawn to the recipe for drop scones, because it was something I remember my mother making from time to time.

Sweet, squat and cooked on a well-worn cast-iron frying pan, the drop scones were really just a kind of thick pancake – a treat that could be made without having to turn on the oven. The book includes a variation which adds grated potato to the basic drop scone recipe and that, of course, is the version I include below. I didn’t feel the need to mess with the recipe particularly – sometimes you just want the comfort of the plain, the simple and the straightforward. The recipe is easily halved if you don’t feel the need to make such a big batch.