There were spuds from husbands, spuds from wives, spuds from fathers and spuds from sons. They came from the south of the county and the north, youngsters and old timers alike. Though the participants might (we were told) be better known for other activities, here, at the annual Spud Tasting in Jacksie’s Bar, they were potato growers first. 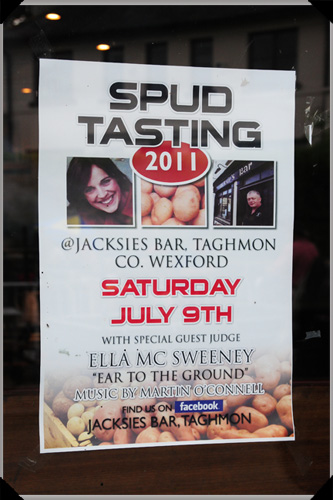 Started as a bit of friendly competition between locals (not to mention as an excuse to throw an aul’ pig on the spit), the Spud Tasting event in the County Wexford village of Taghmon (that’s T’mun for those uninitiated in the ways of Wexford pronunciation) is in its third year and growing. As Pat O’Callaghan, master of ceremonies for the evening joked on more than one occasion, “this could go international lads.” 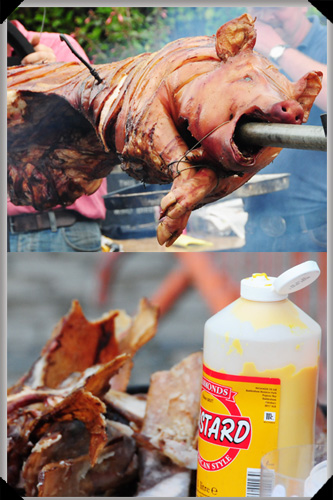 Around 25 potatoes were entered for consideration by this year’s guest judge, Ella McSweeney of RTE’s Ear to the Ground, who gamely took on the task of assessing the finest of the local potato crop, which had been steamed (for what seemed like an eternity) as they perched in a purpose-built tray with lettered slots for identification. 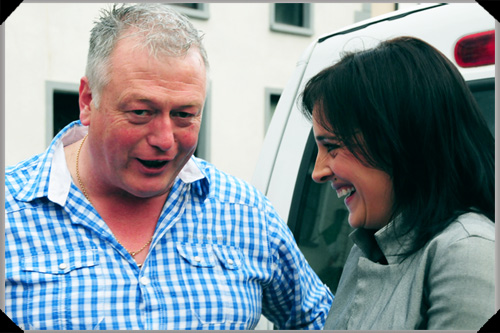 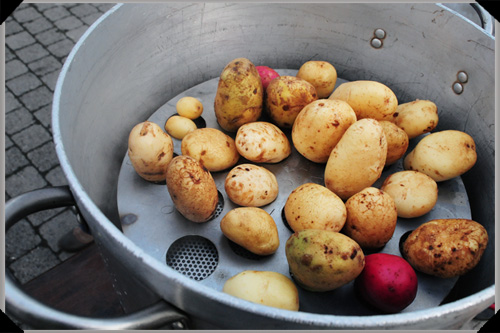 The specially constructed competition steamer
(and yes, I'm thinking I should have brought some of my own spuds for that free slot)

Though most of the entrants were of the British Queen variety, the spuds, nevertheless, managed to elicit a surprisingly wide range of descriptions. From nice mouthfuls to sticky little spuds to potatoes with skins of silk, from the firm and the chewy to the soapy but delicious to those that were downright astonishing. There were potatoes variously described as earthy, potatoey, woody, even perfumed and tasting of caramel (though admittedly that one was quite late into the proceedings). 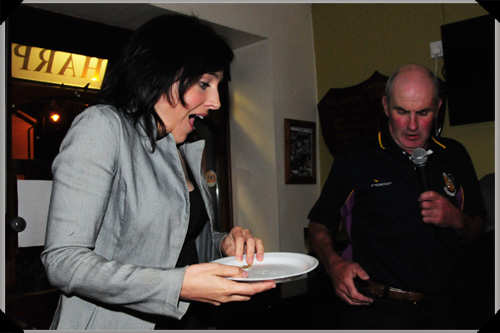 In the end, however, a winner had to be chosen, and though I didn’t envy her the task, Ella gave the nod for top spud to Bernard O’Gorman, with special mention for youngest entrant, 13 year old David O’Keeffe, who came in third and got a galvanised bucket for his trouble. Apart from the glory of winning, an enviable 12 litre knapsack sprayer was the prize for Bernard’s top spot, so yes, I’m definitely thinking of entering next year. 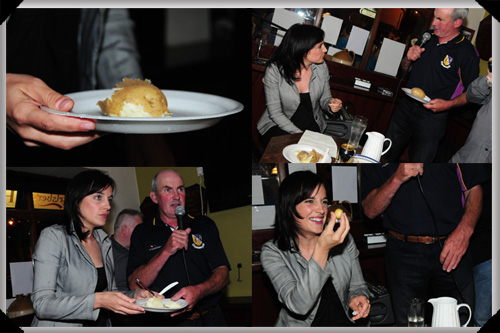