Spud Sunday: Potatoes, The Next Generation 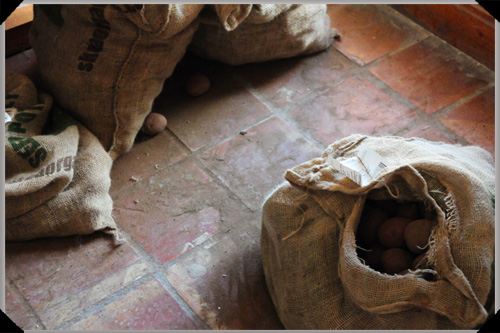 “Happy Potato Day!” my cohorts chimed as I emerged this morning.

“And a Happy Potato Day to you too,” said I, wondering just how long it would be before Hallmark spotted what was a clear gap in the greeting card market.

Myself and my partners in spuds were all set for the pilgrimage to the 12th annual Potato Day at the Organic Centre in Rossinver, Co. Leitrim. Talk about dedication to the cause – this would, in fact, be my second potato day outing within the space of a week.

Last Sunday I was at the first ever Potato Day at Sonairte, the National Ecology Centre, outside Laytown in Co. Meath, which took place under the exuberant direction of Kathy Marsh. 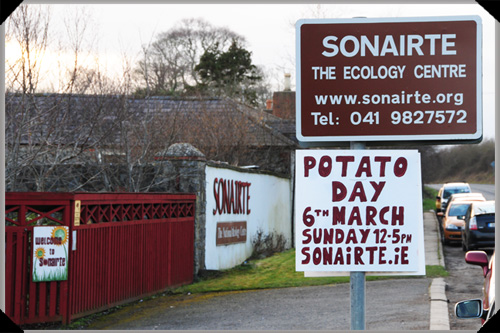 Sonairte, the new Potato Day on the block

Dave Langford was there with his collection of heritage potatoes and his encyclopedic knowledge of all things spud. Dermot Carey was quizzed enthusiastically by attendees as he demonstrated old style lazy bed planting, where potatoes are planted on top of grass and sods on each side are hinged over to cover the seeds. Those who were suitably inspired to start planting could choose from a selection of 50 or so varieties of seed potato that were available for sale, and many people did. 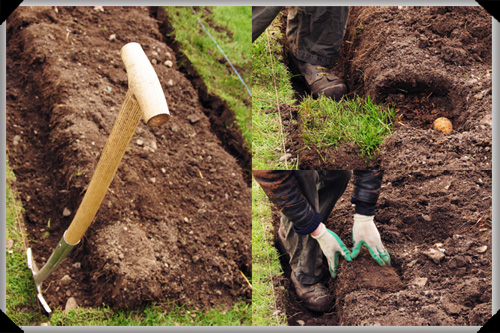 Today’s event at the Organic Centre, with Hans Wieland at the helm, offered visitors a similar program of potato displays, growing advice, as well a menu of hearty potato dishes. Something of a veteran when it comes to potato days, Hans has been running this event on an annual basis for more than a decade and tries to bring something new to the event each year. 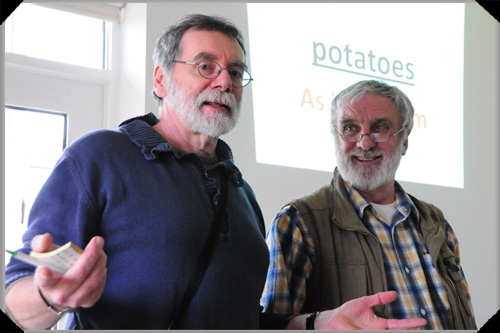 And, truth be told, there was something very new to be seen this time ’round.

Dave Langford’s potato collection included, for the first time, potato varieties that he had bred himself. Five years and a thousand potato seeds later, Dave is father to thirteen different types of never-seen-before potatoes, which he names simply Dave’s One to Dave’s Thirteen. Of these, three he classes as good for eating – and while chances are that we’ll never see them in commercial production, it still made for a very happy potato day indeed. 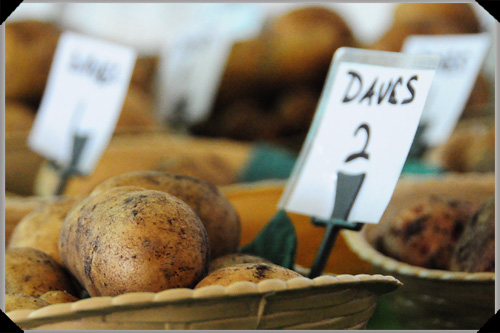