Spud Sunday: My Cups Runneth Over

Give me an Irish theme to cook to and, yes, chances are, I’ll give you spuds. There’s also a fair chance (me being me) that they won’t necessarily be the kind of spuds you’re used to. That, I think it’s safe to say, is something you’ve come to expect around here.

Take these potato cups: individual shells made from thinly sliced potato and used to serve, well, anything. 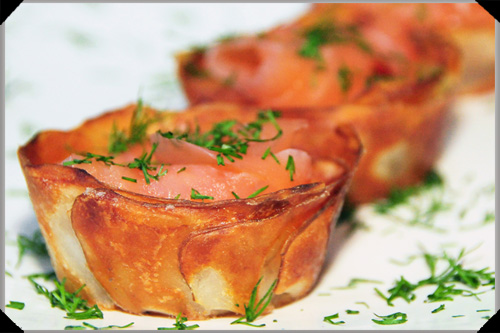 To be honest, I’m not entirely sure how the idea for these potato cups emerged, but emerge it did when faced with the prospect of making something for last Friday’s cookalong with the Irish Foodies group. The group invites any willing participants to make or bake something on a given evening each month and with a given theme. Last Friday’s theme was traditional Irish, and while the spuds might be in a somewhat non-traditional form, they are, undeniably, an emblem of traditional Irish eating. Fill them with smoked salmon or other suitably Irish fillings and you’ve got yourself some individually-sized tastes of Ireland.

Needless to remark, these would be perfect fodder for the Paddy’s Day Food Parade, which is open to anyone who’d care to concoct a dish with our national holiday in mind – I’d love to have your entries. 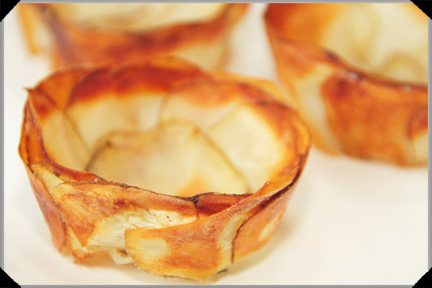 If there is such a thing as beginner’s luck, then that is what I had with my first batch of these. I went from idea – namely to line muffin tins with thinly sliced potato in order to create mini potato shells or cups – to successful execution in fairly short order. My second batch, however, stuck to the tin like crazy so, while these are very easy to make, there is a bit of devil in the detail: 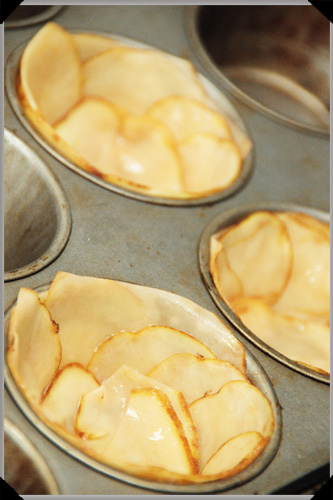 Winging it without parchment paper

Once you get the hang of these, you’ll find endless uses for them, especially in the canapés and starters department. I filled mine with smoked salmon but any number of fillings are possible. They can be made a few hours ahead of time if you like and I also tried freezing some, which seem to work ok. If you do freeze them, defrost fully before use and give them a minute or two in a low oven to crisp up. 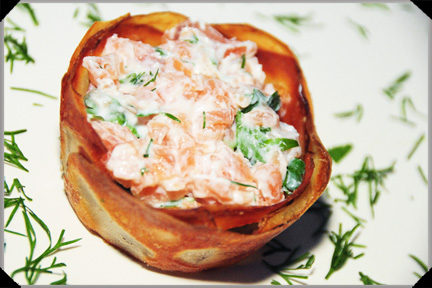