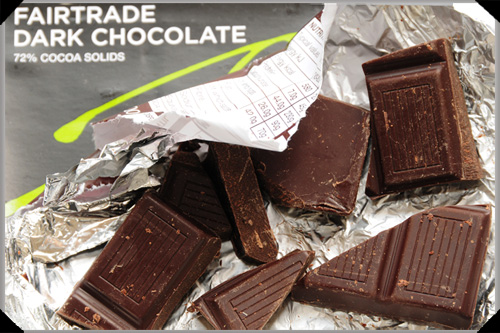 Welcome to the world of ethical eating

Time was when being involved in the food chain was a straightforward matter of eat or be eaten.

And while I’m sure none of us want to revert to wandering barefoot across the savannah, life has, in the interim, become quite a complicated business for us homo sapiens. Even the apparently simple act of gathering food into our grocery baskets can lead us to ponder far weightier questions than the one that asks simply “what do I want to eat today”.

For example, should I, when buying my food, spurn the large supermarkets in favour of smaller businesses? Should I use that fiver in my fist to support local economies and local producers? Should I give up buying those exotic items that must travel many air miles to get here or, at the very least, buy items that are ethically produced and for which the farmers have been paid a fair price?

It being Fairtrade Fortnight – supported this year by familiar faces like Catherine Fulvio – we are being reminded of what it is to carry the Fairtrade label. While the Fairtrade system may have its flaws, it does give us, as consumers, some reassurance that Third World producers are being given a fair deal. There are other worthy programs, too, such as the Cup of Excellence, which focuses on finding high quality coffees and ensuring that farmers are recognised and rewarded appropriately. Here in Ireland, you may also find products, such as the excellent chocolate made by Claudio Corallo, which are sourced by Value Added In Africa, an organisation which aims to enable African communities to develop sustainable livelihoods through local enterprise. So while lack of a Fairtrade label doesn’t necessarily imply that producers are being exploited, perhaps it should lead us to at least inquire if that might be the case. 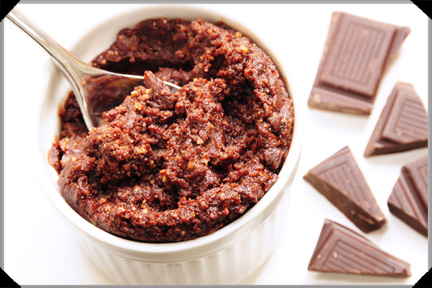 When I saw that Adrienne from Gastronathropology had made some chocolate hazelnut spread, I knew that it was only a matter of time before I gave in to the urge to make something similar. It seemed like a fine way to use some of that good quality (and, better yet, ethically sourced) dark chocolate that was already in my possession.

What you see below is Adrienne’s recipe, but with almonds substituted for hazelnuts. I also reduced the amount of condensed milk, as something a little less sweet and more dark-chocolately was to my taste, though you can adjust according to your likes.

Also, and because I was lucky enough to have some, I used some grated tonka bean to flavour the spread. This fabulously scented bean has a flavour reminiscent of vanilla and bitter almonds and works beautifully with chocolate. Unfortunately, it’s off-limits for those of you in the States, where FDA regulations mean that tonka beans cannot be sold (and if you’re curious to read more on that, I highly recommend OysterCulture’s post on tonka beans). Not to worry, though, because a good quality vanilla extract is a fine substitute and a lot easier to get your hands on.