It was a spur of the moment Sunday.

Instead of remaining glued to my weekend pillow, this morning found me beating a path towards the Crawfordsburn Growing Festival in Northern Ireland’s County Down. It was a mission undertaken, as ever, in the name of spuds. 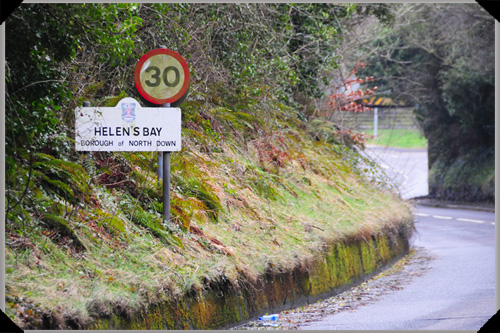 Now, the thing about Northern Ireland for a southerner like me, is that it manages to be both foreign and familiar at the same time. Whilst Belfast is nearer to Dublin than, say, Cork, it has always felt further away, involving a border marked by changes in accent, signage and coinage, to say nothing of history. Mark you this, though, whatever it is that may set north and south apart, we have in common a love of potatoes. Today, at the Crawfordsburn Country Park visitor’s centre, hard by the shores of Belfast Lough, it was all about the spud. 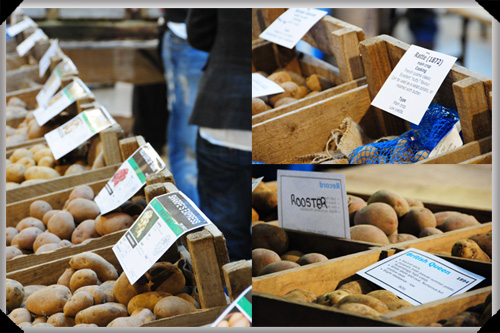 The spuds of tomorrow

There were some 40 to 50 varieties of seed potato available for sale by the tuber, and, in the event that seed-buying proved a hungry task, colcannon, champ and cheesy mash were on offer, in addition to local breads, freshly churned country butter, cheeses and chutneys. 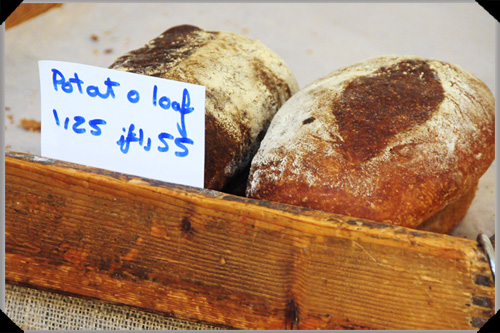 Potato bread? Don't mind if I do.

Meanwhile, posters dotted about the visitor’s centre reminded the public of what is fact and what is fiction when it comes to spuds. 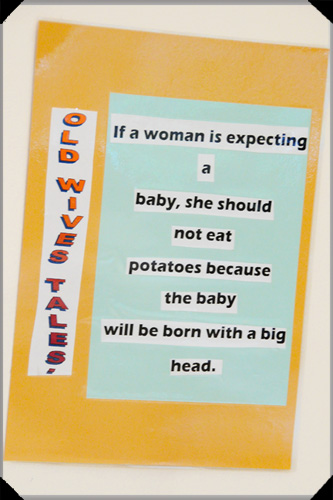 A tall tale, perhaps, though it might just explain Mr. Potato Head

Dave Langford’s heritage potato collection was on display, though sadly minus Dave, who is recovering from surgery at present. Dermot Carey, soon-to-be ex-head gardener at Lissadell House in County Sligo, was, however, on hand to tell me that he and Dave are on the lookout for another home for the collection due to uncertainty about the long term future of the gardens at Lissadell, following recent court actions. Would that I had garden enough to accommodate those 180+ heritage spuds myself.

Alas, the truth is that I am all but without a garden these days. That, however, that did not deter me from getting my seed potato fix, because where there’s a patch of spare ground and a potato bag, there’s a will. So I travelled back across the border with seeds for Epicure, International Kidney and the wonderfully-named Mr. Little’s Yetholm Gypsy – the only potato known to show red, white and blue skin.

What’s more, and as sure as spuds is spuds, I will be adding to that seed stash before the Spring is out. In addition to the annual celebration of the spud that is Potato Day at the Organic Centre in Co. Leitrim on March 13th, Sonairte, the National Ecology centre in Laytown, Co. Meath, are hosting their own Potato Day on March 6th, where they’ll have about 50 varieties available for sale as individual tubers. Methinks I’ll be needing a few more of those potato bags before I’m done.