Spud Sunday: What’s In A Spud?

I’ve been called many things in my time, though “Guardian … of the Spud” was a new one.

That title was kindly bestowed by Aoife McElwain (she of I Can Has Cook) in her brand new Foodie News column in the Irish Independent weekend magazine. Needless to remark, it is a moniker that I will wear with pride (and perhaps even, as suggested by some, with an accompanying superhero-style cape). 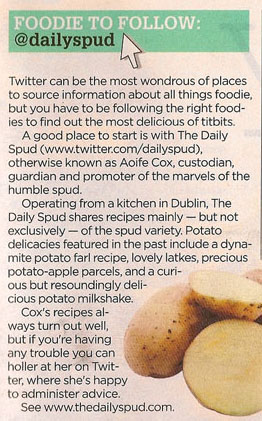 So, as Guardian (not to mention Promoter) o’ the Spud, it seemed as good a time as any for a no-holds-barred, down ‘n’ dirty nutritional profile of what is, after all, the world’s most widely cultivated vegetable. So brace yourselves, folks, you’re about to find out that there’s a whole lot more to this tuber than starch. Let the facts begin. 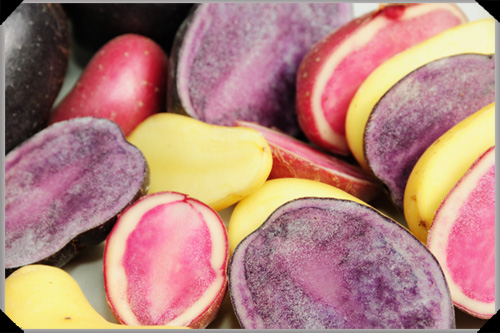