There was I, newly enslaved to the relentless motion of the exercise machine, with its glowing display of strides per minute and calories per hour. After what was my first visit to a gym in quite some time, I was, frankly, rather aglow myself. No prizes for guessing that, with the onset of a brand new year, I had made a resolution of the get-fit-and-healthy variety. 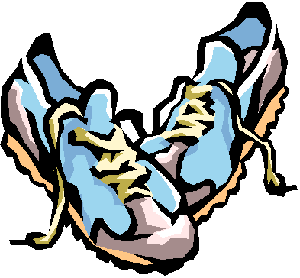 Somewhat ironically, the view across the road from my gym window included outlets of Four Star Pizza, Subway and McDonalds, not to mention an off-licence advertising a six-pack of beer for a tenner (which, to be perfectly honest, is the only kind of six-pack I’m ever likely to possess). That’s modern urban living for you, though – a juxtaposition of services offering fatness and fitness. One wonders if it might not, perhaps, be just as well to cut to the chase and have the exercise machines report effort expended as slices of pizza and cans of beer. 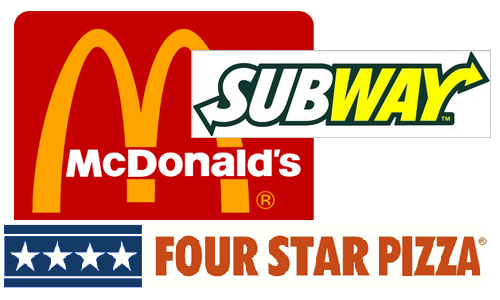 Still, today at least, I have to say that I wasn’t particularly tempted to follow my workout with a beer-and-pizza chaser. I was going straight home for another kind of fast food entirely. 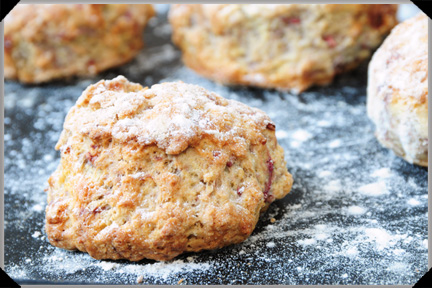 Now here’s the kind of fast food I prefer. Scones that take less than ten minutes to prepare and not much more than that to bake.

If you’re after the recipe, you’ll find it here, because – except for the addition of some raspberries to the dough – it’s one that I’ve covered before in these pages. However, as Jenni noted the other day when she re-blogged her tasty goat’s cheese crostini, some things bear both re-eating and repeating.