Spud Sunday: Star Of The Seaweed

Poor Rufus nearly choked when I told him that the ‘secret’ ingredient in the mash was seaweed.

The occasion was that Irish-themed dinner party of mine and the mash in question was a union of three card-carrying Irish ingredients: potatoes, butter and dillisk. 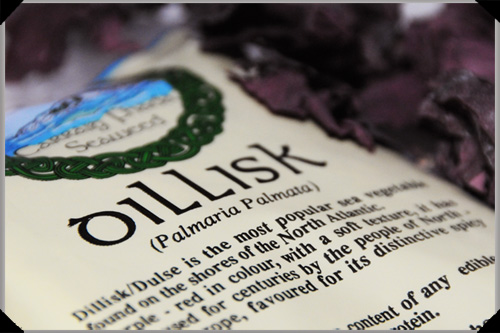 Dillisk (or dulse) is a purple/reddish seaweed found on the shores of the North Atlantic (or, for those further inland, in health food shops, packaged here in Ireland by Carraig Fhada Seaweed, among others). It boasts very high levels of iron and protein and has a wonderfully savoury, spicy flavour.

Now, I will freely admit that, for years, my knowledge of edible Irish seaweed more or less began and ended with carrageen moss. That changed with Prannie Rhatigan and her superbly informative Irish Seaweed Kitchen, which opens wide a door into the edible treasury of the Irish seashore. 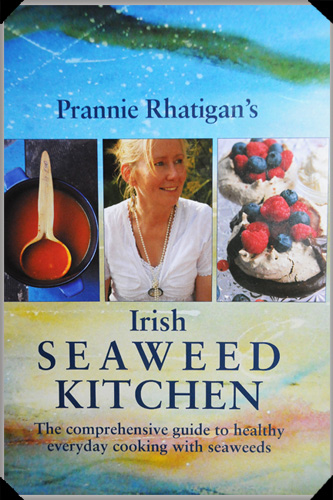 Everything you ever wanted to know about cooking with seaweed
...and more

Not only did I become acquainted with dillisk, so eminently edible all by itself, but I discovered a new partner for potatoes. As quoted in Prannie’s book: “Just throw dillisk in with spuds and you can’t go wrong.” Very sound advice, as it turns out, very sound indeed. 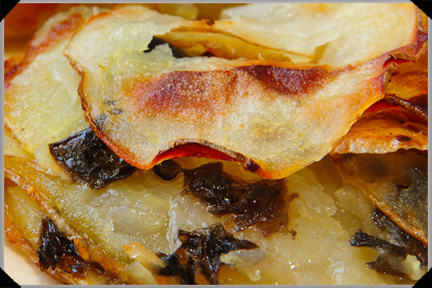 As Prannie Rhatigan notes in Irish Seaweed Kitchen, the possibilities for combining potatoes and dillisk are practically endless. Soften some dillisk in a little water, then chop and add to mash or potato salad or any number of other potato dishes. Here, I’ve added it to a garlicky potato gratin.

The recipe is a slight adaptation of Richard Olney’s Potato Daube from his classic book, Simple French Food, and simple this undoubtedly is. Sliced potatoes, seasoned here with dillisk, moistened with salted garlicky water and a drizzling of olive oil, and then baked.

It’s entirely satisfying on its own, though it would reside happily beside a nice piece of fish too. I quite fancy having it with some tuna steak, myself.