He had just handed me a hamper filled to the brim with oaty products from Flahavan’s, and, as I surveyed the contents, I had to agree that this little lot would probably keep me in good working order for some time to come. 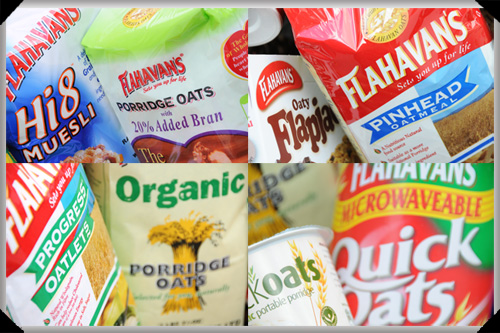 Oats and then some

The occasion that had warranted such a generous oaten influx was Flahavan’s annual Porridge Week, which heralds the onset of those falling temperatures that induce us to both stay under the covers and contemplate porridge when we arise.

And while my winter breakfast needs were now clearly taken care of, I knew that, for variety’s sake, I would have to use some of my oaty spoils for non porridge purposes. With that in mind, I perused the little recipe booklet written by Mary Flahavan that had come with the delivery. 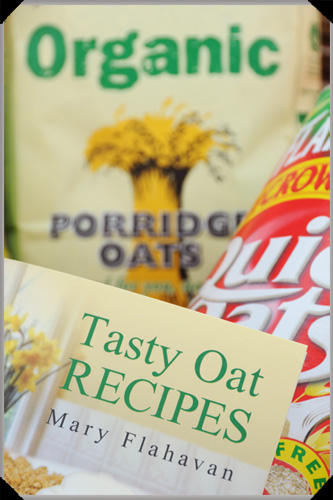 A little bit of oaty inspiraton

And there it was, amongst the flapjacks, crumbles, bakes and pies, nothing less than oatmeal in a soup. Now, while it may not be tremendously fashionable to put oatmeal in a soup these days, it was quite the thing in ancient Ireland. In his book, The Country Cooking of Ireland, Colman Andrews provides a recipe for Brotchán Foltchep (or “the king’s soup”), a leek and oatmeal affair that was apparently a favourite of St. Columkille back in the 6th century. I thought that the least I could do was take that old soup idea and give it a 21st century spin. I reached for some coconut milk and a new soup was born. 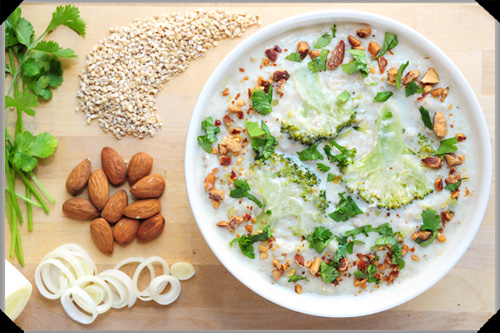 Not your average 6th century fare: oatmeal, leek and coconut soup, with broccoli and almonds 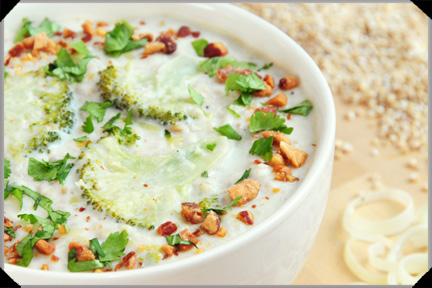 In Scotland, where they are also fond of their oats, this would be called a ‘brose’, which is a term for anything thickened with oatmeal. The addition of coconut milk, however, sends this soup on a journey far to the east of both Scotland and Ireland. Having previously used coconut milk in porridge, however, I knew how nicely it could work with oats. The pinhead oatmeal, in particular, both thickens and gives a nice bite. It’s Asian flavour meets Irish texture.