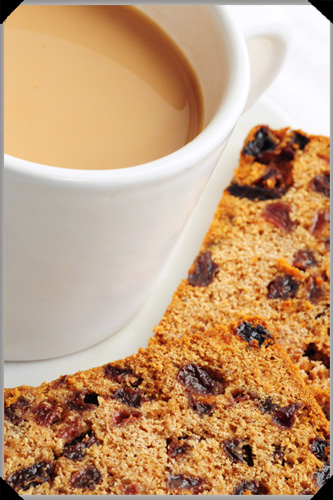 This is my rendition of the recipe for Canada’s Cake as handed down from my Grandma. It’s a boiled fruit cake, where dried fruit is simply boiled in water with some spices and other flavourings, cooled and then mixed with flour and baking soda. It’s an old-fashioned treat that you can eat as is or you might like to spread with some butter if you have it. It’s simple, unfancy, economical and won’t win prizes for elegance, but is still worthy of a place on the teatime table.