Sunday, September 26, 2010 / Daily Spud
So here goes round 2 of Project Food Blog. Needless to say, I’m hugely grateful for the round 1 votes that got me here. Voting for this round will happen between September 27th and 30th – here’s the handy voting link.

“But I’m not a paper-thin dough kind of girl…”, I protested.

Not that anybody was listening. I was just having one of those internal wrangles with my blog-self.

Still. There it was in 140 characters. A request from Imen for lefse. 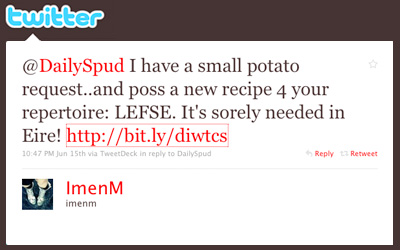 Of course I knew about lefse – the Norwegian potato flatbread – though I’d never eaten it. No great surprise there, given that I’d never been to either Norway or Minnesota, the two places it seemed you were most likely to find it. And I really did want to make lefse – it had been on my list for a long time. Long before Imen had asked. 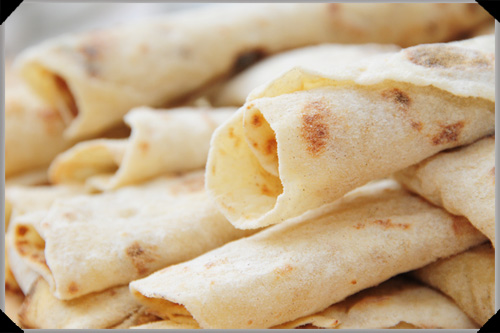 …managing the paper thin lefse dough seemed tricky. There was equipment involved. Pastry cloths and grooved rolling pins, lefse turning sticks and griddles, not to mention talk of a pastry sock. Pfft. The only socks I had were the ones I put on my feet.

I got the distinct feeling that it was the kind of thing you needed to learn by watching your Norwegian grandmother. And whaddya know, I didn’t have one of those either.

When I saw the process described as “chaos incarnated“, that had put the final nail in my lefse coffin. Until now, that is.

With a Project Food Blog challenge on my hands, it seemed as good a time as any to resurrect my lefse ambitions.

First, though, I was going to need a good long talk with my blog-self.

“Forget the equipment. The first lefse-makers didn’t have any special equipment”. True enough. I would do what I could with a rolling pin and pancake pan.

“It’s just a mashed potato dough. You’ve made gnocchi, you can make this.”

And, yes, as I set about making the lefse dough, it seemed to have much in common with gnocchi: with less flour better than more; soggy mash a friend to neither; and a grandmother of the appropriate nationality an advantage for both. 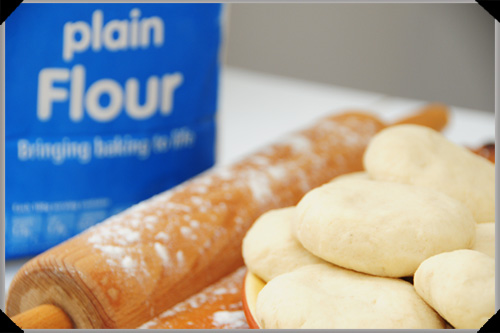 But making dough is one thing. Rolling it out and cooking it quite another. And in my quest for paper-thinness, the lefse stuck and they tore (and I cursed and I swore). They crumpled. I cried. They burned. I sighed.

But while paper-thin perfection proved elusive, it didn’t matter in the end. My lefse were just as thin as something spread with butter, sugar and cinnamon needed to be. 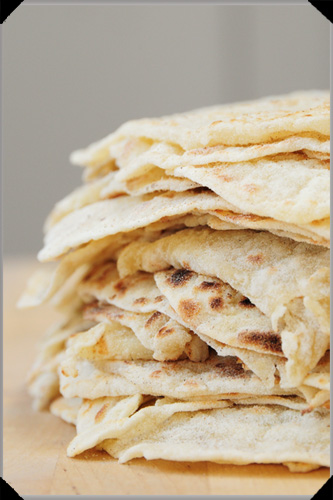 Practice makes... a lot of lefse 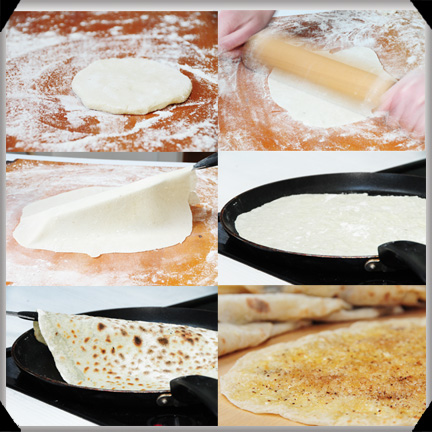 This formula for lefse is based, among others, on the recipe found here, which seemed particularly helpful.