What’s In A Flapjack?

Well, the answer to that question is almost anything you like.

I mean, you’re more than likely to find oats and butter and sugar, but, really, you can add whatever else takes your fancy (just take a look at Sarah’s five flavours of flapjack post, which is what got me started down this road in the first place). If you’re me, the “whatever else” might just take the shape of some Baileys Irish Cream (which is no more than you would expect from someone (hic!) who has been known to add kahlúa to their porridge…). 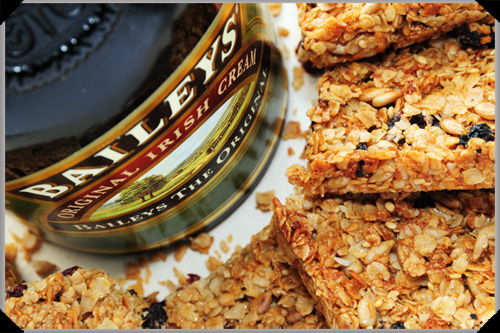 I’ll admit, though, that the decision to add a splash of Baileys in this case was pretty random. The bottle of Baileys happened into my line of sight as I went about my flapjack-making business and into the flapjacks it went. Simple as that.

At least that’s how it happened the first time.

For subsequent batches (and there have been several), the first step has always been to fetch forth the bottle of Baileys. Very shortly thereafter I will be found scarfing down gobfuls of the uncooked, Baileys-laced mixture. By the time the cooked version (what’s left of it) is gone, well, whaddya know, it’s time to go looking for that bottle again… 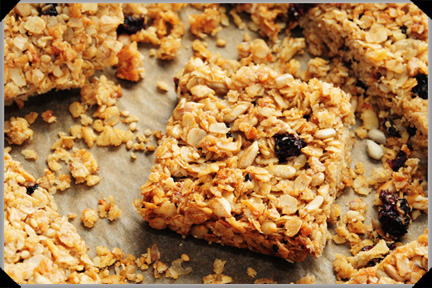 The real beauty of these (or any) flapjacks is just how simple they are to make. Melt what’s meltable, add the liquid ingredients to the dry and you’re done. Well, apart from the baking part that is, which you can omit entirely if you just want to eat the raw mixture (and I promise not to tell anybody if you do so).