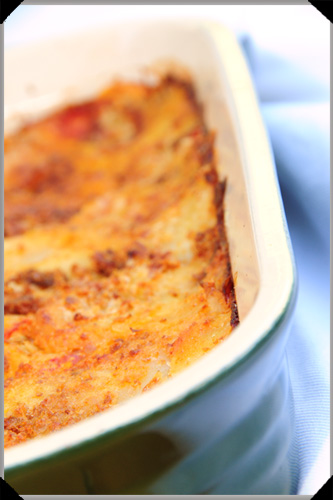 Potato and tomato bake - an Irish-Italian meeting of ingredients

In truth, the two are not so very far apart.

Solanum tuberosum (potatoes) and S. lycopersicum (tomatoes) are both South American natives from the same genus, introduced into Europe following the Spanish colonisation of the Americas. We Irish were one of the earliest European adopters of the potato – though a few degrees farther south and we might, like the Italians, have favoured the potato’s juicy cousin.

As it stands, the Italians (with the noble exception here and in the UK of the Italian chip shop) aren’t big on potatoes. That doesn’t stop the Irish having a great fondness for Italian food, but often with a few extra potatoes thrown in. In fact there is probably nothing more Irish-Italian than a dirty big plate of lasagna and chips.

Bringing a little more sophistication to the Irish-Italian table, however, is Catherine Fulvio’s new, hot-off-the-presses book, Catherine’s Italian Kitchen. Married to an Italian and the energy behind Ballyknocken Cookery School in Wicklow, Catherine introduces Italian staples and some regional specialities to the Irish household in a very accessible format. Granted that tomatoes feature far more frequently in the book than spuds, she does marry the two very nicely in her potato and tomato bake. A truly Irish-Italian dish with not a chip in sight. 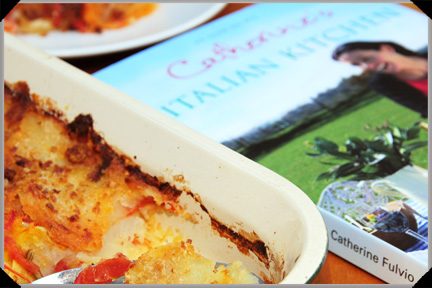 Flavoured with fennel and saffron, this gratin-style dish really grew on me over time. I liked it when it came piping hot out of the oven, and scoffed more later, when it had cooled to room temperature. I enjoyed it even more the next day, reheated for lunch.

As Catherine notes in her book, make this only when you have very ripe and flavourful tomatoes. As for the type of spud to use, I’d prefer waxy here, but it can work with any type. You can enjoy it on its own or with a salad, though I think it would work well as an accompaniment to white fish or lamb.