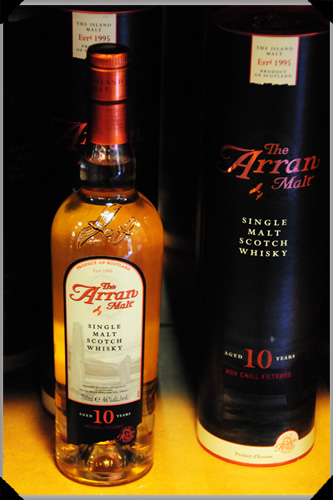 At just 15 years old, Isle of Arran is one of Scotland’s newest and smallest distilleries. Yet it has already made its mark with a clutch of national and international awards to its credit, notably for the 10 year old single malt and their Arran Gold cream liqueur.

Founded by Harold Currie, a former director of Chivas, it is sited at picturesque Lochranza on the north coast of Arran, chosen for its proximity to the pure and soft waters of Loch na Davie. 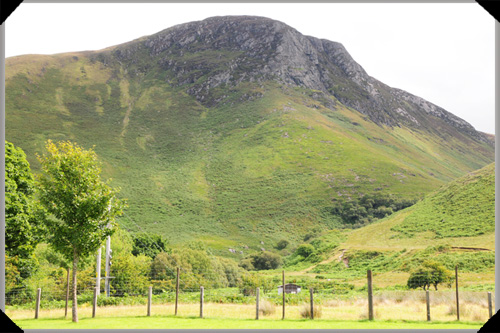 View from the Isle of Arran distillery

Using barley specially chosen for its high starch content, and applying only traditional methods of distilling, with wooden washbacks and copper stills, their whiskies are evidence that less interference is more character. They do not (as many do) add caramel to their whisky to colour it. Nor do they apply chill filtration, a common practice which removes some of the spirit’s natural oils. While these oils can cause whisky to go cloudy when cooled or poured over ice, they also contribute to the overall flavour and experience of the drink and are best left where they are. 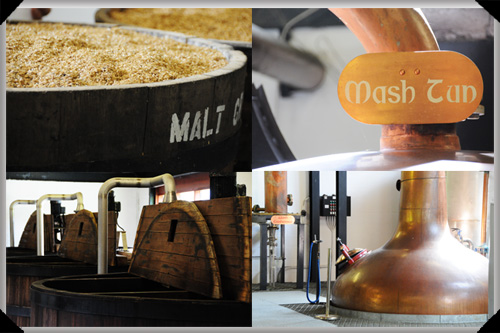 The stuff of Arran whisky making

The result, in the case of the Arran 10 year old single malt, is a fine, pale, smooth whisky, with some vanilla sweetness and that unfailing power of whisky to warm you from the inside.

To quote that other Scottish national treasure, Billy Connolly, it’s what you might call a “wee nippy sweetie”.