…to the tune of Leonard Cohen’s Jazz Police

Actually, the Jazz Police may just arrest me for mangling the words of maestro Leonard Cohen.

And if they don’t get me, the potato police just might. 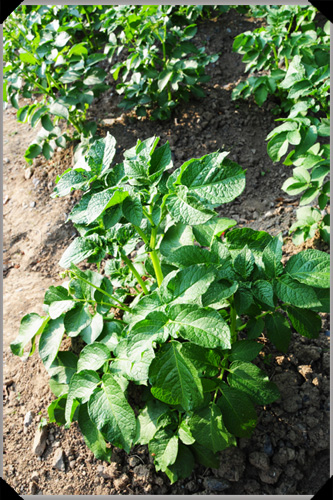 Exhibit A: (some of) my potato plants

You may think I jest, but the spud police are on patrol. I know, because my favourite potato expert Dave Langford told me.

As a grower of heritage spuds, Dave must be licensed and is likely to be visited by the potato police, who will check that he is treating his rare, old and unusual spuds properly.

I ran into Dave yesterday at Lissadell House, which is home to his collection of heritage potatoes. I was there to see Leonard Cohen play on the native soil of his hero WB Yeats and, as a bonus, got to see the ever enthusiastic Dave and some of his (fully licensed) spuds.

I am now, of course, worried that I might be raided by the spud squad, having scored a few heritage spuds from Dave. 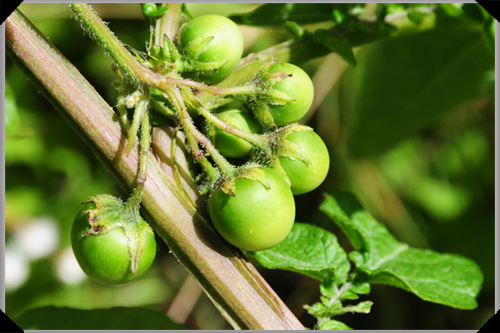 Exhibit B: potato fruit as sprouted by some of my heritage potato plants

And if they knew that I had contemplated the breeding of new, never heard of spuds from the seeds of my potato fruit, well I might just land myself in potato jail.

Actually, perhaps I shouldn’t be telling you this.

If anybody asks, you never heard it from me, ok?