So, if you could capture Ireland in a single mouthful, what would that mouthful be?

I think that Pádraic Óg Gallagher, he of the Boxty House, may have captured it perfectly when he drizzled Connemara Peated Single Malt Whiskey over smoked Irish salmon. 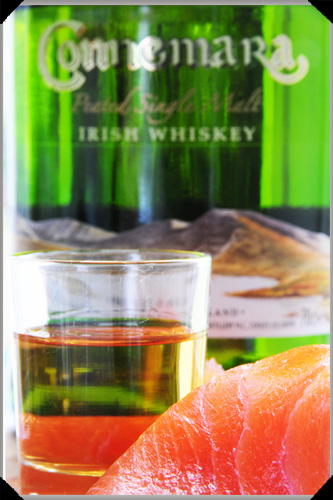 It’s like a modern interpretation of a John Hinde postcard. It tastes like you’re sitting close to, or possibly in, a turf fire, an experience that certainly used to go with the territory in rural Ireland. 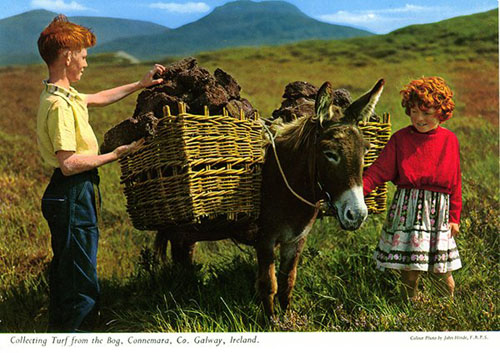 The marriage of whiskey and salmon was only the beginning, though.

It was the opening dish on the menu for the gala Saturday banquet presented as part of the recent Oxford Symposium On Food And Cookery by Pádraic Óg Gallagher, along with Máirtín Mac Con Iomaire and a host of Irish artisan producers.

Pádraic Óg introduces some of the banquet contributors

The theme for this year’s symposium was Cured, Fermented and Smoked Foods and banquet attendees were treated to the full Irish experience of same. Pádraic Óg is the first Irish chef to have been invited to present a meal at what is a highly prestigious event in the food calendar – I only wish I could have been there.

You can see below just what I missed (or read what Katrina had to say about being there).

And finally, on the assumption that you may not have been invited to any Irish banquets lately, here’s how you can create a little taste of Ireland at home…