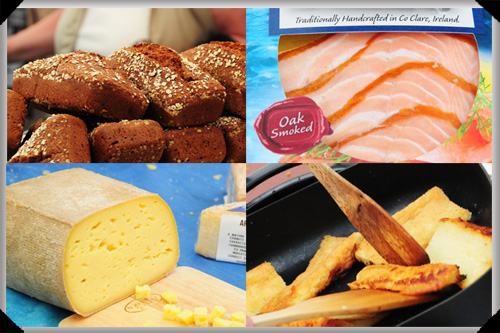 If nothing else, the spread of food on offer was evidence of a national menu that is worthy of our support. Spend even a minute talking to the likes of Birgitta Curtin from Burren Smokehouse or Mag Kirwan from Goatsbridge Premium Irish Trout and you will also know that the people behind the food are passionate about the quality of what they produce. 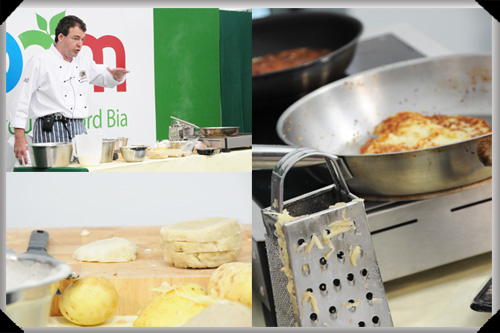 No less enthusiastic were the people who took to the stage in the name of Lost and Forgotten Skills, encouraging attendees to revisit our traditional food and drink – local apples, traditional farmhouse cheeses, griddle breads, seaweeds, oysters and more. The ways of pan, loaf and boiled boxty were ably demonstrated by Padraic Óg Gallagher of Gallagher’s Boxty House, who I daresay could teach me a thing or two about spuds. And as for the poitín, well that was not so much lost and forgotten as (mostly) illegal. 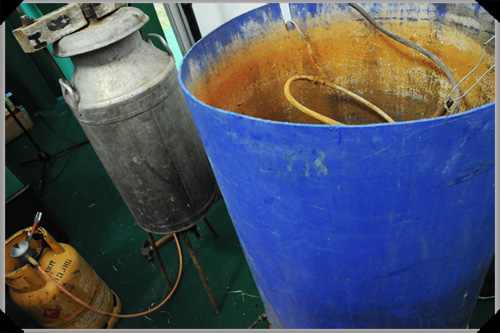 The poitín-making apparatus of Mick from the Mountains

A man, introduced to us only as “Mick from the Mountains”, proudly displayed a court summons once served upon him for producing his clear firey liquor. We got to see his poitín still, though we couldn’t, strictly speaking, sample the results of same. Poitín shots were, however, supplied by Oliver Dillon from the Bunratty Mead & Liqueur Company, the only Irish company licensed to make the stuff. It was surprisingly aromatic, but with a kick that, as Oliver says, travels down to your toes and then back to your head. One drop too far and you will be lost and forgotten yourself! 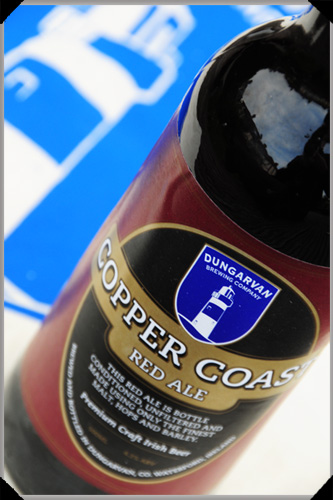 If you were on the lookout for something a little less potent, there were beers and other perfectly legal beverages from local craft brewers on offer at the Bloom Inn. That’s where I got to chat with Niamh from Eat Like A Girl and sample some of the tasty brews from newly launched Dungarvan Brewing Co., before it was time to take a turn around the gardens. Even there, there was no escaping the food and drink theme. 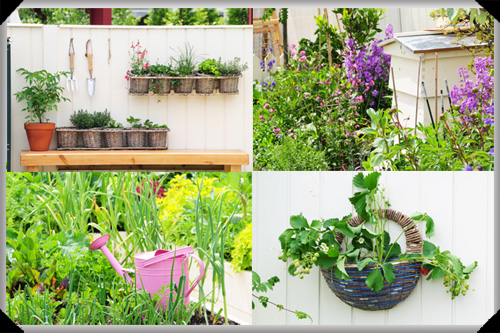 The GIY edible garden at Bloom

The “edible garden”, designed by Fiann Ó Nualláin and put together by the super-friendly people from Grow It Yourself (GIY) Ireland, was a truly collaborative national effort. The 70 GIY groups from around the country were each asked to grow a contribution, and the result was an inspiring demonstration of the food that can be cultivated, given a small patch of ground and an Irish climate.

And if that was the garden that said Eat Me, it made sense that there should be one that said Drink Me too. After all of that traipsing around, I don’t mind if I do. 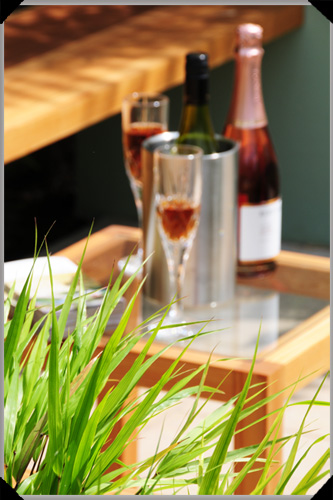