I doubt that I will ever become a true locavore.

Don’t get me wrong. I’m all for the principles of eating (and drinking) locally, when and where possible, but I am ever appreciative of the ease with which we can import that which is neither cultivated nor produced here. Potato-heavy though my diet (naturally) is, I think that I would find it impossible to confine myself solely to the food and drink which emanates from within our Irish borders. Or would I?

For starters, wine would be a no-no. Especially the far away new world kind. 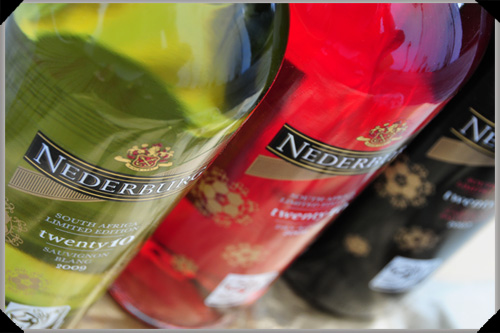 Take these limited edition South African World Cup wines from Nederburg that came my way recently. While I won’t be overly concerned with the World Cup itself (the less said about us not being in it, the better), I am nevertheless thankful for the opportunity to indulge in the associated wines.

And what about this little lot, eh? 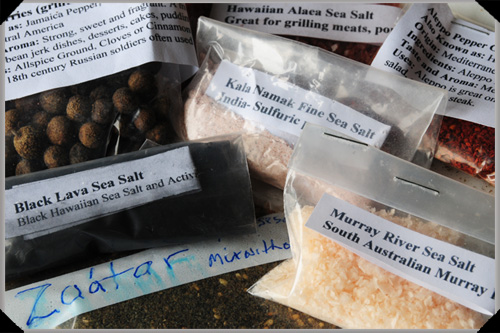 Several continents' worth of salts and spices

Salts and spices from no less that 4 different continents – from delicately pink and flaky Murray River salt crystals to small, dense crystals of black lava salt from Hawaii – all very kindly sent to me by Chef E. I’m quite sure that I could survive (and well) without any of these things, but I love the foreign accent that they bring to our native staples. Like the African potato stew I made yesterday. The vegetables are decidedly local (the chard, from my own garden, especially so) but not one of the spices used originates here. Could I give up the flavours that they bring? Yes. Would I want to? No, not ever. 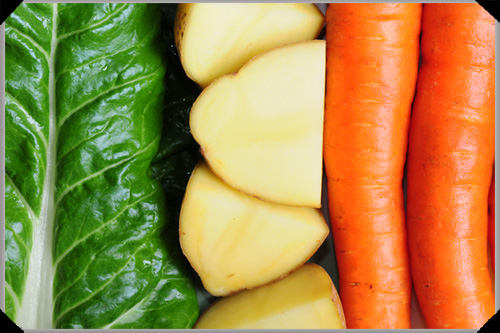 An Irish tricolour of veggies: swiss chard, potatoes and carrots 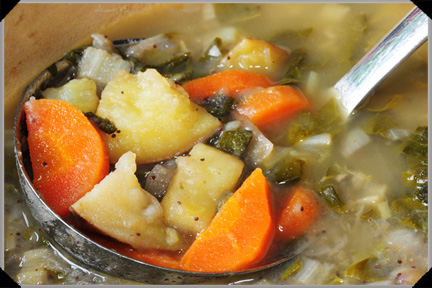 After a little blast of sunshine and warmth last week, yesterday was dull and wet and much more appropriate to this kind of wintry fare. Welcome to the Irish summer.

This stew is based on a recipe found in The Potato: Around The World In 200 recipes, which was published in 2008 as an initiative to promote the then United Nations Year of the Potato. The recipes were collected by Florence Lebras.

The original uses potato, sweet potato and cauliflower, whereas I’ve used my tricolour of chard, potatoes and carrots, and have also added allspice berries to the original spice mix.

As for the raisins or sultanas, when it comes to using dried fruit in a stew, I reckon that you either love it or hate it. If you are in the love it camp, then add them in, but if it’s not your thing, then by all means leave them out.