In my own personal taxonomy of tea, there are 2 broad classifications, those being (a) real tea and (b) everything else.

Real tea is what we mean when we talk about tea in Ireland, that cup that will be offered to you on entry to almost every Irish household. Be it Lyons or be it Barry’s, cups of same regularly punctuate my day.

To avoid overdosing on the real stuff, however, I do drink a variety of those other teas and will happily try new ones if they come my way. So when Barry’s got in touch about their new pu-erh and rooibos teas, that was my cue to put the kettle on. 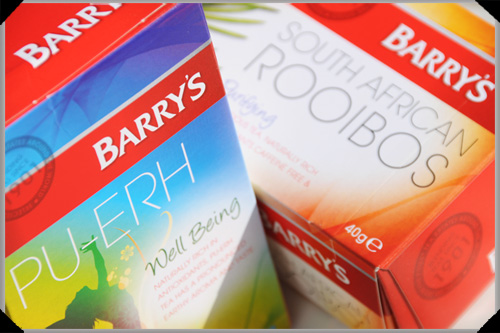 Pu-erh and rooibos teas from Barry's

First into the pot was the pu-erh. A black tea, named after a region in southwest China where the tea plant from which it’s made is found, it is highly regarded in that part of the world for its medicinal properties. Rich in antioxidants, it is said to both aid digestion and help reduce blood cholesterol.

It is also described as having a “pronounced earthy aroma”. Having inhaled the stuff, I can’t disagree. In fact, there was something of the farmyard about the smell which, to be honest, is not a quality I generally look for in a cuppa – pu-erh indeed! Fortunately this doesn’t carry through as strongly to the taste, so it was similar to drinking real tea but without the milk. While pleasant enough, pu-erh still feels to me like it’s more in the drink-because-it’s-good-for-ya category rather than a drink for pure refreshment. 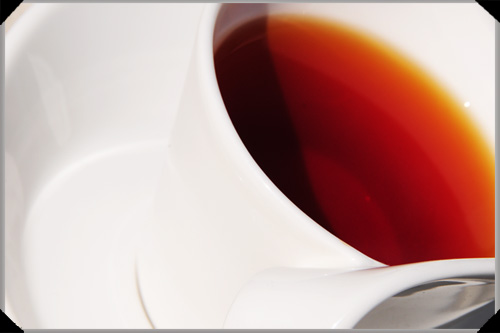 Rooibos (or red bush) tea, on the other hand, is something I would quite happily drink, either with or without milk, just for the pleasure of it. Made from a herb found in the Cederberg mountain region of South Africa, it’s a caffeine-free tea that smells and tastes to me of warm dry bushland. It reminded me, in no small way, of a campfire-brewed Australian billy tea and transported me to warmer climes as I drank it.

That, I hasten to add, is just my take.

Fortunately, Barry’s have given me a gift pack to give away – including pu-erh, rooibos, original gold blend and more – so that one of you, wherever in the world you might be, will get a chance to sample these teas for yourselves.

If you want in, just tell me what your favourite cup of tea is in a comment below. I’ll leave this open until midnight (GMT) on Sunday May 23rd, at which time I’ll pick a winner from the proverbial hat.

Now, methinks it’s time to put that kettle on again.

Update 24/5/10: …and congrats to Aisling O’Dwyer, winner of the bountiful Barry’s gift pack. Hope you’ve got the kettle on, Aisling!