“I want to be a barista when I grow up.”

I’d hazard a guess that you’re not likely to hear little Johnny or Mary coming out with that one too often. 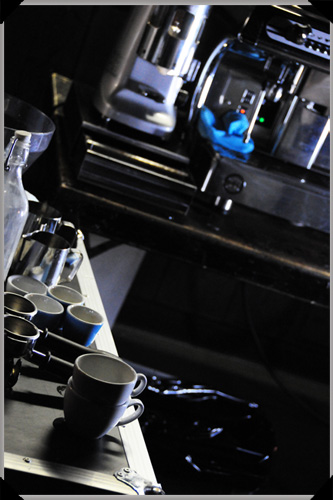 The tools of the barista's trade

Yet it was the wish expressed by Flavio Urizzi, export sales manager with espresso machine manufacturer CMA SpA and one of the technical judges at last week’s Irish Barista Championships, that being a barista would be seen, not as a job on the way to another career, but as a worthy profession in and of itself. His was a vision of people retiring at 60, saying I was a barista and proud of it. And why should they not? Good baristas have a lot to be proud of. Anybody watching the championship finalists in action last Thursday could have seen that. 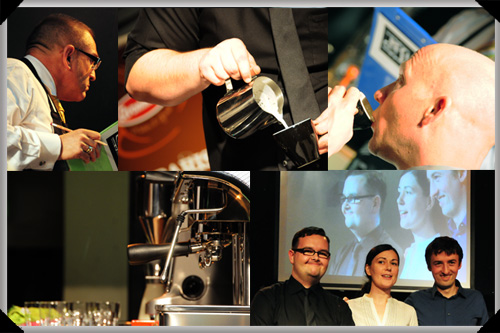 With 15 minutes apiece to prepare and present four espressos, four cappuccinos and four of their own signature beverages, all carefully scrutinised by a panel of technical and sensory judges, the finalists displayed skill, knowledge and craftsmanship in spades. More than that, though, there was a clear awareness of the fact that a good barista stands squarely on the shoulders of the farmers and roasters responsible for producing their chosen coffee beans.

It was brought home to me in no small measure that these folks are not alone champions in the sense of being judged finalists and winners but, more importantly, they are champions of the cause of both good coffee and good coffee producers. None more so than Colin Harmon of 3FE, who brought home the Irish barista crown once again and will go on to represent Ireland at the World Barista Championships in London in June. 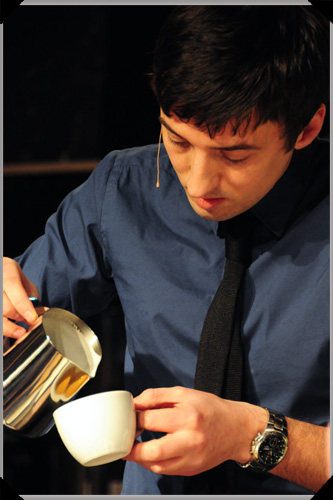 Colin Harmon, Irish Barista Champion:
Go to 3FE and have this man make you a coffee

No stranger to that particular competition is Gwilyn Davies, the reigning world barista champion, who was in Dublin for last week’s proceedings, serving up coffee and no small amount of coffee knowledge. While championships are all about espresso, he says that what most baristas drink at home is filter coffee, and (as I had learned previously from Karl Purdy of Coffee Angel) there is a real desire to educate people on how to do filter coffee well.

Helping to lead the charge is Paul Stack of Marco Beverage Systems, one of the MCs at the event. He is the programme leader for the Speciality Coffee Association of Europe (SCAE) Gold Cup, which aims to improve the standard of filter coffee in Europe, and is the driving force behind Marco’s Über Boiler – a water delivery system which allows precise control by the barista of water temperature and volume for brewing. The new über machinery was on show at the event and the Brew Haha competition running alongside was open to anyone who wanted to try their hand at a precision filter brew. 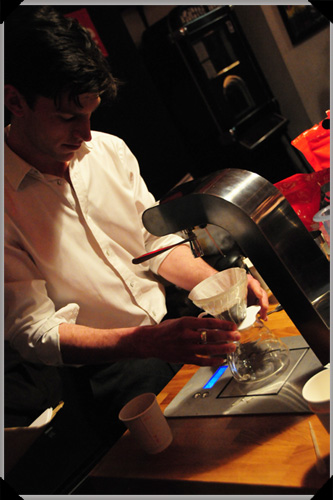 It was a privilege to watch assorted champion baristas get to grips with an über filter brew. There was genuine interest on their part in a tool that can enable them to experiment with different brewing parameters and pinpoint what works and why each time. Champions or not, there was a ready acknowledgment of the fact that that there is always a better coffee to be brewed. It sounds like a worthy lifelong pursuit to me.